How Can the GOP Look Good Despite the Media?

Tim Graham
|
Posted: Jan 19, 2022 12:01 AM
Share   Tweet
The opinions expressed by columnists are their own and do not necessarily represent the views of Townhall.com. 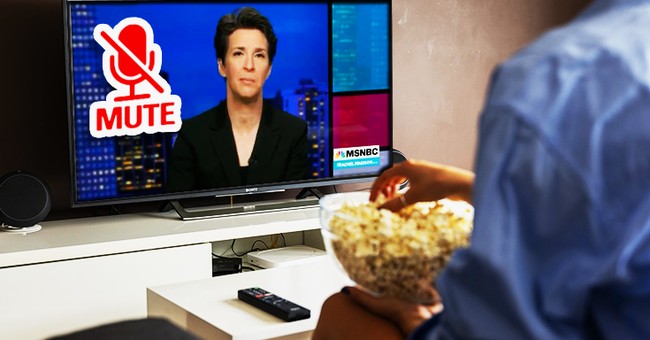 As we approach the one-year anniversary of Joe Biden's inauguration, Gallup brought some bad polling news for the Democrats.

Over 2021, Gallup found "a dramatic shift" in party identification in their surveys, "from a nine-percentage-point Democratic advantage in the first quarter (49% to 40%) to a rare five-point Republican edge in the fourth quarter (47% to 42%)."

Underline the "rare" Republican edge. Gallup notes this has only been true in four quarters since 1991. "The Republicans last held a five-point advantage in party identification and leaning in early 1995, after winning control of the House of Representatives for the first time since the 1950s," Gallup reported. The GOP had a larger advantage only in the first quarter of 1991, after the U.S. victory in the Persian Gulf War led by President George H.W. Bush -- and that obviously didn't last.

How could these numbers happen despite the liberal tilt of the media coverage?

This shift in public opinion is in stark contrast to the media's robotic repetition that the Republicans are dominated and doomed by an attachment to Donald Trump. How has the GOP gained momentum under this constant drumbeat of how it's somehow crumbling to pieces?

Take a look at Virginia in 2021, where the Democrats ran against political newcomer Glenn Youngkin with a never-ending onslaught of commercials and messaging that was all Trump this and Trump that. None of it worked. Youngkin won anyway. Youngkin demonstrated an ability to negotiate around The Washington Post and other reporters and win over Republicans regardless of their Trump takes, not to mention independent voters who act rebelliously like Trump is yesterday's news.

In 2015, all the liberal networks gave massive chunks of free airtime to Trump, in the hopes that he would sink the Republican Party in 2016. When that didn't work, they suggested Trump's election was fraudulent, due to Russian collusion with the Trump campaign. Now they look as cognitively rattled as Brian Stelter, who expresses happiness that Trump's rally didn't air live on Fox News ... but then the rally is energetically discussed for days afterward on CNN.

If they are so afraid of Trump running again in 2024, one might think the liberal journalists would labor to ignore Trump and instead promote more traditional Republicans.

But they're allergic to promoting Republicans, unless their Trump messaging sounds exactly like liberal journalists (i.e., Reps. Liz Cheney and Adam Kinzinger). They are still betting the best strategy for a pro-Biden press is to beat the drum endlessly that Trump has an asphyxiating stranglehold on the GOP -- and imply that the Republicans are so "restrictive" on voting rights that regaining their majorities must be considered the antonym of democracy.

This helps them avoid discussing the fractures among the Democrats, and the great upset on the left that Biden can't accomplish any of their extreme proposals to spend trillions of dollars and destroy voter-ID requirements. It's so bad that Paul Begala said out loud on CNN, "I think the problem for the Democrats right now is not that they have bad leaders. They have bad followers, OK?"

The media elites are not "bad followers." They want to help Biden succeed. The problem for the media-Democrat complex is that all of these failures on COVID and border control and inflation and Afghanistan can't be spun as good news, even if they try.