Tim Graham
|
Posted: May 12, 2021 12:01 AM
Share   Tweet
The opinions expressed by columnists are their own and do not necessarily represent the views of Townhall.com. 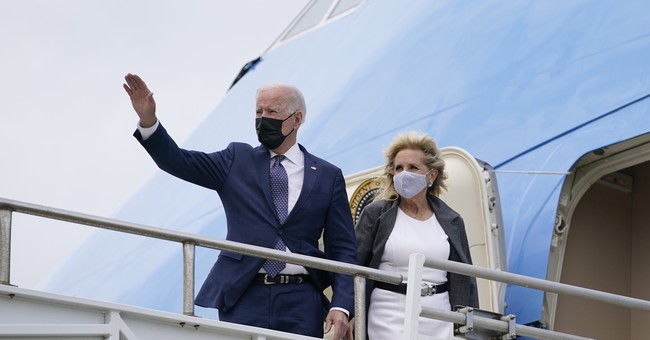 Everyone knew instinctively that the Biden White House would get enormous cooperation and positive media coverage from the "news" media, given that it follows the alleged democracy-darkening Donald Trump days. But Team Biden's control of the narrative can look more like a stranglehold.

On May 10, Politico revealed that "If you've read a quote from an administration official in a newspaper or a wire story recently, there's a good chance that the White House communications team had an opportunity to edit it first."

"Craft" is a more delicate word for "manipulate."

This isn't entirely new. Former President Obama apparently did it, too. Former President Trump tried, but less often. Politico suggests reporters are reluctant to say no to "background with quote approval" because it could put them at a disadvantage with their competitors. Editors who want that "insider" feel in their stories will pressure reporters to follow those grounds. Access is everything. Resistance is apparently futile.

This underlines something very important for media consumers. Be suspicious of official (and partisan) sources dictating large chunks of stories to reporters. They approve the quotes; they lecture about preferred terminology -- an "extra measure of control."

New York Magazine writer Olivia Nuzzi wrote about how the White House is now policing the language of politics. Phrases such as "border crisis" have been disparaged. Instead, the border is "challenging." Nuzzi argued that "a highly particular and rigid approach to language is a form of governing itself, just as a careless and inflammatory one was under Donald Trump."

White House press secretary Jen Psaki told Nuzzi, "We are just not going to get pulled down in the muck of right-wing-driven arguments about word choice." As usual, liberal reporters are hectored to not sound "right-wing." They are pressured not to use "crisis," and the Associated Press, one of Biden's servile outlets, apparently instructed reporters to "avoid" the word "crisis."

Nuzzi's chat with Psaki came before Psaki was interviewed on David Axelrod's podcast and admitted that the White House staff tells President Biden not to engage with reporters very much. "That is not something we recommend," she said. They prefer canned speeches and carefully curated social media messaging. They don't want Biden improvising, like the day he spoke to reporters after a round of golf and referred to the border situation as a "crisis."

Naturally, this rigid control of the press is followed by admiration. Axelrod told Nuzzi what the Biden team has accomplished: "They've effectively maximized his earnestness and decency. They've not allowed him to be in situations where he can stray." They've minimized Biden's press conferences, even though those media interrogators tell him how moral and decent he is.

This underlines that some of this control doesn't need to be enforced. As one alleged Biden insider told Nuzzi, "Biden is the most liberal president we've had -- and the public thinks he's a moderate." That ideological distortion comes naturally to liberal reporters.

So forget this notion that the press are misbehaved, ink-stained wretches and rebellious truth-tellers. In Bidenland, there are no "bombshell" revelations; there's only "landmark" legislation to "rebuild and invest in America." The sound bites almost always make Biden look like a statesman who only says the most sensible things in favor of everything that is good. The "message discipline" is palpable, and the morning and evening "newscasts" routinely sound like pleasant emanations of publicity.