Thomas Sowell
|
Posted: Dec 20, 2016 12:01 AM
Share   Tweet
The opinions expressed by columnists are their own and do not necessarily represent the views of Townhall.com. 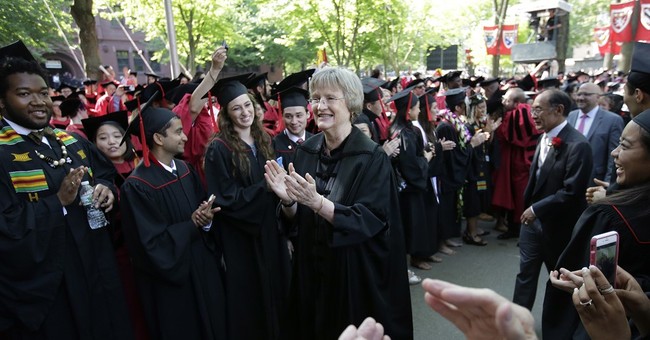 Trending
Nothing so epitomizes the politically correct gullibility of our times as the magic word "diversity." The wonders of diversity are proclaimed from the media, extolled in the academy and confirmed in the august chambers of the Supreme Court of the United States. But have you ever seen one speck of hard evidence to support the lofty claims?

Although diversity has become one of the leading buzzwords of our time, it has a history that goes back several generations. In the early twentieth century, the principle of geographic diversity was used to conceal bias against Jews in the admission of students to Harvard and other leading academic institutions.

Because the Jewish population was concentrated in New York and other east coast communities at that time, quota limits on how many Jewish students would be admitted were concealed by saying that Harvard wanted a diverse student body, consisting of students from around the country.

Therefore some highly qualified Jewish applicants could be passed over, in favor of less qualified applicants from the midwest or other regions of the country.

My own first encounter with the idea of geographic diversity occurred more than half a century ago, when I was an undergraduate at Harvard, and worked as a photographer for the university news office, in order to help pay the bills.

The instructions I was given were to concentrate on taking photos of students from other parts of the country, rather than from the east coast, from which Harvard already received more than enough applicants. The idea was to encourage applications from places that would produce a geographically diverse student body.

It struck me as an odd idea at the time, but I was being paid to take pictures, not make university policy. Moreover, I had no idea how such a policy had originated and, by the 1950s, it might have been continued from inertia, for all I know. Meanwhile, I could enjoy seeing publicity photos I took appearing in newspapers in Chicago and elsewhere beyond the east coast.

Fast forward to today. It is common, at colleges and universities across the country, for the test scores of Asian American students who have been admitted to a given college to be higher than the test scores of whites or of blacks or Hispanics.

In short, something very much like the quota limits that were applied to Jews in the past are now being applied to Asian Americans -- and, once again, are being justified by diversity.

But what justifies diversity? Nothing but unsupported assertions, repeated endlessly, piously and loudly.

Today, as in the past, diversity is essentially a fancy word for group quotas. It is one of a number of wholly subjective criteria -- such as "leadership" -- used to admit students to colleges and universities according to their group membership, rather than according to their individual qualifications.

This is not something new. Nor is it something confined to the United States. Very similar patterns were found more than a decade ago, when doing research for my book "Affirmative Action Around the World."

In India, the courts' attempts to rein in some academic quotas were met by a proliferation of new, and wholly subjective, admissions criteria. Individuals from groups that were not as qualified by objective criteria were simply ranked higher on subjective criteria and admitted.

In the United States, the Supreme Court itself has long been part of such game-playing when it comes to affirmative action. Back in 1978, an opinion by Justice Lewis F. Powell banned racial quotas with one hand and created "diversity" as a criterion with the other. In other words, colleges were told in effect that they can have racial quotas, but they just can't call them racial quotas.

According to the Constitution, "We the People" are supposed to decide what laws and policies we live under. But not if we can be so easily fooled by courts using slippery words like "diversity."