The Left and the Masses

Thomas Sowell
|
Posted: Oct 18, 2016 12:01 AM
Share   Tweet
The opinions expressed by columnists are their own and do not necessarily represent the views of Townhall.com. 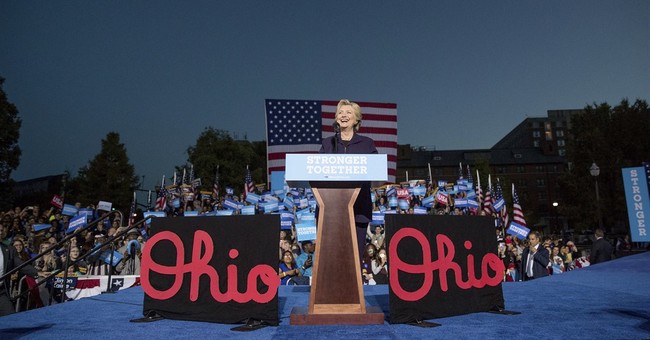 The greatest moral claim of the political left is that they are for the masses in general and the poor in particular. That is also their greatest fraud. It even fools many leftists themselves.

One of the most recent efforts of the left is the spread of laws and policies that forbid employers from asking job applicants whether they have been arrested or imprisoned. This is said to be to help ex-cons get a job after they have served their time, and ex-cons are often either poor or black, or both.

First of all, many of the left's policies to help blacks are disproportionately aimed at helping those blacks who have done the wrong thing -- and whose victims are disproportionately those blacks who have been trying to do the right thing. In the case of this ban on asking job applicants whether they have criminal backgrounds, the only criterion seems to be whether it sounds good or makes the left feel good about themselves.

An empirical study some years ago examined the hiring practices of companies that did a background check on all the employees they hired. It found that such companies hired more blacks than companies which did not follow that unusual practice.

Why? This goes back to decision-making by human beings in general, with many kinds of decisions in general. Since we seldom have all the facts, we are often forced to rely on generalizing when making our decisions.

Many employers, aware of higher rates of imprisonment among blacks, are less likely to hire blacks whose individual backgrounds are unknown to them. But those particular employers who investigate everyone's background before hiring them do not have to rely on such generalizations.

The fact that these latter kinds of employers hired more blacks suggests that racial animosity is not the key factor, since blacks are still blacks, whether they have a criminal past or not. But the political left is so heavily invested in blaming racism that mere facts are unlikely to change their minds.

Just as those on the left were not moved by hard evidence before they promoted laws and policies that forbad employers to ask about job applicants' criminal records, so they have remained unmoved by more recent studies showing that the hiring of blacks has been reduced in the wake of such laws and policies.

Moreover, the left is so invested in the idea that they are helping the disadvantaged that they seldom bother to check the actual consequences of what they are doing, whether that is something as specific as banning questions about criminal behavior or something as general as promoting the welfare state.

In the vision of the left, the welfare state is supposed to be a step forward, in the direction of "social justice." Tons of painful evidence, from both sides of the Atlantic Ocean, that the welfare state has in fact been a step backward toward barbarism -- among low-income whites in England and ghetto blacks in the United States -- does not make a dent in the beliefs of the left.

The left's infatuation with minimum wage laws has likewise been impervious to factual evidence that the spread and escalation of minimum wages have been followed by far higher rates of unemployment among young blacks, to levels some multiple of what they were before -- and to a racial gap in unemployment among the young that is likewise some multiple of what it was before.

Those who doubt this need only turn to the data on page 42 of "Race and Economics" by Walter Williams, or to the diagram on page 98 of "The Unheavenly City," written by Edward Banfield back in 1968. The facts have been available for a long time.

Surely the intelligentsia of the left have access to empirical evidence and the wit to understand such evidence. But the real question is whether they have the stomach to face the prospect that their crusades have hurt the very people they claim to be helping.

Examining hard evidence would mean gambling a whole vision of the world -- and of their own role in that world -- on a single throw of the dice, which is what looking at hard evidence amounts to. The path of least resistance is to continue going through life feeling good about themselves, while leaving havoc in their wake.