Thomas Sowell
|
Posted: Aug 09, 2016 12:01 AM
Share   Tweet
The opinions expressed by columnists are their own and do not necessarily represent the views of Townhall.com. 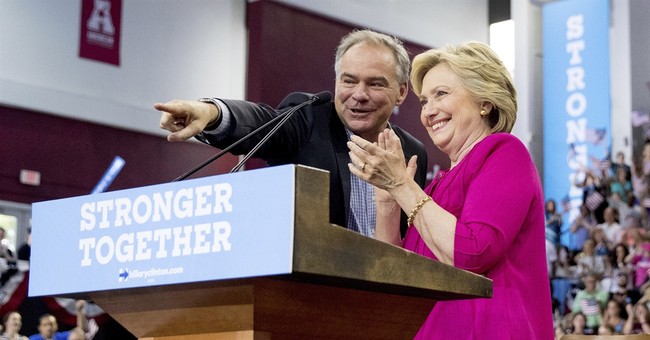 Trending
We expect to hear a lot of lies during an election year, and this year is certainly no exception. What is surprising is how old some of these lies are, and how often they have been shown to be lies, years ago or even decades ago.

One of the oldest of these lies is that women are paid less than men for doing the same work. Like many other politically successful lies, it contains just enough of the truth to fool the gullible.

Women as a group do get paid less than men as a group. But not for doing the same work. Women average fewer annual hours of work than men. They work continuously for fewer years than men, since only women get pregnant, and most women are not prepared to instantly dump the baby on somebody else to raise.

Being a mother is not an incidental sideline, and being a single mother can be a major restriction on how much time can be put into a job, either in a year or over the years.

We do not need to guess about such things. Many studies have been done over many years -- and they repeatedly show that women and men who work the very same hours in the very same jobs at the very same levels of skill and experience do not have the pay gaps that people like Hillary Clinton loudly denounce.

People who are looking for grievances are not going to be stopped by facts, especially if they are in politics. But where are our media pundits and our academic scholars? Mostly silent, either out of fear of being denounced as anti-women or because they have chosen to take sides rather than convey facts.

Nevertheless, there are enough scholars, including women economists, who have done enough honest studies over the years that there is no excuse for continuing to repeat a discredited lie, based on comparing apples and oranges. A book written by two women and titled "Women's Figures" shows the results when you compare women and men with comparable qualifications.

It is much the same story with black-white comparisons. More than 40 years ago, my own research turned up statistics on black and white professors who had Ph.D.s from equally high-ranked institutions in the same fields, and who had published the same number of articles.

Those who wish to check out my statistics can get a copy of my 1975 monograph, "Affirmative Action Reconsidered." It has not been updated because not all the same statistics will be released now. This is not unusual. Statistics that might undermine some other popular conclusions -- whether on affirmative action, global warming or whatever -- have been kept under wraps when other researchers tried to get them.

Too many people in the media and in academia abandon their roles as conduits for facts and take on the role of filterers of facts to promote social and political agendas.

In all too many educational institutions, from kindergartens to postgraduate university programs, students may never hear any facts that contradict the prevailing groupthink.

How many students taught by Keynesian economists will ever learn about the 1921 recession, when the Harding administration did nothing -- and unemployment dropped steeply as the economy recovered on its own?

There are many reasons why old lies, refuted long ago, are still heard every election year, and in all too many other years.