Thomas Sowell
|
Posted: Apr 05, 2016 12:01 AM
Share   Tweet
The opinions expressed by columnists are their own and do not necessarily represent the views of Townhall.com. 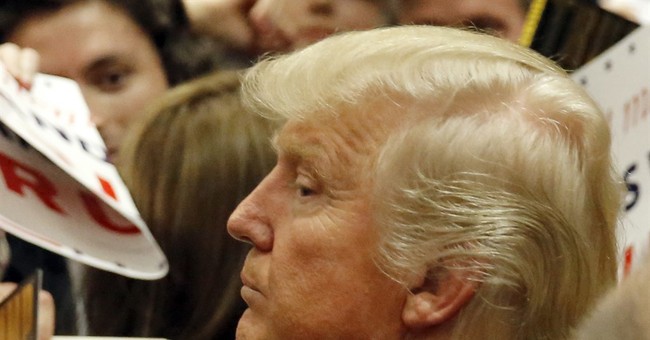 Donald Trump's victories in the Republican primaries may make him seem like a sure winner. But those victories have been achieved by receiving either somewhat less than 40 percent of the votes or somewhat more than 40 percent, but never a majority.

The fragmenting of the Republican vote among many candidates in the primaries made this possible. But victory in the general election for President of the United States in November is going to require a lot more than 40 percent of the votes. And polls consistently show Mr. Trump to be the most negatively regarded of any of the candidates in either party.

But Trump and his supporters want more. They are now talking as if winning a plurality of the delegates ought to be enough to gain him the nomination, despite his failing to get a majority, as required by long-standing rules.

Delegates get their first opportunity to choose a candidate by voting according to the way their respective primary voters voted. But, if that process fails to produce a winner, then delegates can vote again, this time on the basis of their own best judgments, for as many rounds of voting as it may take before someone gets a majority.

None of this is new. Yet some Trump supporters are talking as if a failure to change the rules for the benefit of "the Donald" -- by letting a plurality, rather than a majority, choose the winner -- would mean that Trump had been cheated out of the nomination. But what of the voters who voted AGAINST Trump during the primaries? Despite the fog of political rhetoric, we should not lose sight of the fact that those who voted against Trump in the primaries were far more numerous than those who voted for him.

This might all be just an internal problem of the Republican Party, and of no concern for those of us who are not Republicans, except for one thing. This country is at a dangerous crossroads.

We got here by electing a president on the basis of glib words and boastful promises. We cannot afford to repeat that mistake.

In addition to internal polarizations, we are threatened by countries that openly declare their hatred of America, and are developing intercontinental missiles that can carry nuclear bombs. In addition, there are international terrorist organizations killing people in Europe and in the United States.

In order to deal with these threats, and especially secretive international terrorist organizations, we are going to need the cooperation of many other nations around the world. These nations, knowing that cooperating with the United States will make them targets for terrorists, must first have confidence in the words and deeds of whoever is President of the United States.

They cannot have that confidence in someone who is constantly spouting off with irresponsible rhetoric -- some of which has to be walked back by his apologists -- or someone whose snap judgments about complex and weighty issues betray a superficial knowledge, if not sheer ignorance.

If ever there was a time when we needed a serious, mature President of the United States, with a depth of knowledge and a foundation of personal character -- a grownup in the White House -- this is that time. But seldom a week goes by without Donald Trump demonstrating, yet again, that he is painfully lacking in all these prerequisites.

Instead of offering coherent plans for dealing with the nation's problems, Trump skips that and boasts of the great things he will achieve. Those who dare to question are answered with cheap putdowns, often at a gutter level.

A man in his 60s, who is still acting like a spoiled adolescent, is not going to grow up in the next four years. And, as President, he would have the lives of us all, and our loved ones, in his hands, as well as the fate of this great nation at a fateful time.

There are signs that some people are belatedly waking up to the dangers that Donald Trump represents. We can only hope that the voters in Wisconsin are among them -- and that voters in New York, California and elsewhere wake up before it is too late.