Voting at a Crossroads

Thomas Sowell
|
Posted: Mar 15, 2016 12:01 AM
Share   Tweet
The opinions expressed by columnists are their own and do not necessarily represent the views of Townhall.com. 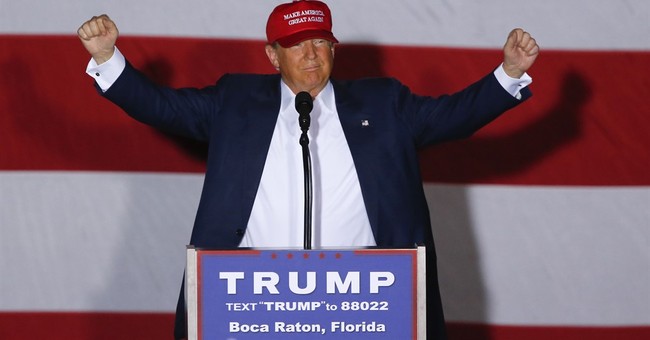 It is seldom that the fate of a nation can be traced to what happened on one particular day. But that may be what happens in the United States of America on Tuesday, March 15, 2016.

That is because the front-runners in both political parties are not merely inadequate but appalling -- and the vote in this Tuesday's primaries may be the last chance for the voters to unite behind someone else.

The trends that brought us to this crucial day go back for years. But whatever the paths that led to this crossroads, we are in fact at a crossroads and our future, and our children's futures, depend on whether we can come up with some presidential candidate better than either Hillary Clinton or Donald Trump.

In other times and in other conditions, one bad president could not ruin a great nation. We survived Jimmy Carter and we may survive Barack Obama, but there is no guarantee that we can survive an unlimited amount of reckless decisions in a dangerous world.

The dangers are both internal and external. Two of our bitterest enemies -- Iran and North Korea -- are openly declaring their desire to destroy us. And both are developing intercontinental missiles that can carry nuclear warheads.

These and other mortal dangers are a product of the feckless foreign policies carried out by Secretary of State Hillary Clinton, as the Obama administration weakened our military forces while our adversaries around the world have been rapidly strengthening theirs.

We will be lucky to survive the damage that has been done already. A third consecutive term of such policies, with Hillary Clinton in the White House, can be suicidal.

Internally, Hillary Clinton's whole political career has been based on polarizing the American population by race, sex, class and any other way that will serve her political interests. This kind of cynical political exploitation can take the "United" out of the United States, and Balkanize us into an internal war of each against all. That is a war in which we can all lose.

As for the Republicans' front-runner, what is there left to say about Donald Trump? Almost daily he demonstrates that he lacks the maturity, the depth and the character required to lead a nation facing a complex range of dangers.

It is not a question of his having flaws, which we all have. But what kind of warped character does someone have at his core who can mock a prisoner of war who was tortured for years by our enemies, mock someone else with a physical defect, reply to questions with gutter-level insults, and offer childish boasts about what he is going to do, instead of specifics about how?

These are not subtle nuances. They are blatant revelations about something fundamentally wrong. Too many people missed similar revelations about Barack Obama. For that we have already paid a price, and we will continue to pay a price, even after he is gone. So will generations yet unborn.

There is a reason why polls repeatedly show Donald Trump producing the highest negative reactions of any candidate of either party. Yet the small hard core of Trump supporters seem oblivious to his antics, his recklessness and his all-consuming ego.

Some of these supporters may simply not be paying careful attention. But there have also been some very knowledgeable and intellectually talented people who have backed Trump. Sometimes it takes a high IQ to evade the obvious.

What does Trump offer his supporters that makes them so willing to overlook so much? He boldly articulates the resentment and anger they feel at having been betrayed by smug elites in general and the Republican establishment in particular.

Charismatic leaders who articulated the just grievances of the people have often risen to power on the basis of that talent alone. And those who put them in power have often paid a catastrophic price afterwards. That story was repeated in countries around the world in the 20th century.

The only candidate who has any real chance to stop Donald Trump at the ballot box is Ted Cruz. But the Republican elite, who have never liked Senator Cruz, may prefer to stop Trump with chicanery at the convention. That can cost Republicans the votes of Trump's followers, putting Hillary Clinton in the White House -- and the country on the ruinous road to a point of no return.

WATCH: Former President Trump Addresses CPAC
Townhall
My Pillow CEO supposedly 'Censored' over controversial vaccine conspiracy comments but the truth as to why is more troubling
Twitchy
Joe Biden Speaks in Houston, What Follows Should Make You Question Everything
Redstate
Biden's Latest Verbal Slip Might Be His Most Disturbing Yet
PJ Media