The Demand for Villains

Thomas Sowell
|
Posted: Jan 26, 2016 12:01 AM
Share   Tweet
The opinions expressed by columnists are their own and do not necessarily represent the views of Townhall.com. 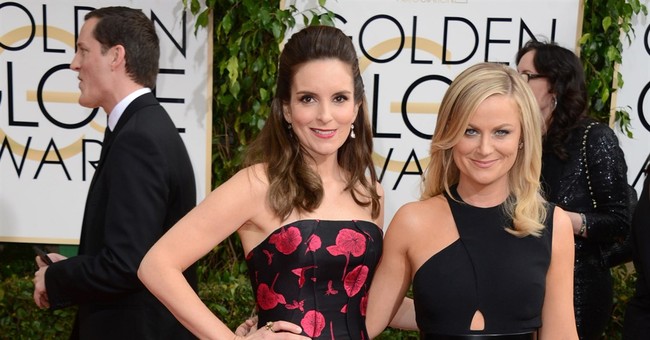 Trending
The latest tempest in a teapot controversy is over a lack of black nominees for this year's Academy Awards in Hollywood.

The assumption seems to be that different groups would be proportionally represented if somebody were not doing somebody else wrong. That assumption carries great weight in far more important things than Academy Awards and in places more important than Hollywood, including the Supreme Court of the United States.

Having spent decades researching racial and ethnic groups around the world, I have never yet found a country in which all groups -- or even most groups -- are even roughly equally represented in most endeavors.

Nor have I been the only one with that experience. The great French historian Fernand Braudel said, "In no society have all regions and all parts of the population developed equally." A study of military forces around the world failed to find a single one in which in which the ethnic makeup of the military was the same as that of the society.

My own favorite example of unrepresentativeness, however, is right at home. Having watched National Football League games for more than 50 years, I have seen hundreds of black players score touchdowns, but I have never seen one black player kick the extra point.

What are we to conclude from this? Do those who believe in genetics think that blacks are just genetically incapable of kicking a football?

Since there have long been black colleges with football teams, have they had to import white players to do the opening kickoff, so that the games could get underway? Or to kick the extra point after touchdowns? Apparently not.

With all the heated and bitter debates between those who believe in heredity and those who believe in environment as explanations of group differences in outcomes, both seem to ignore the possibility that some groups just do not want to do the same things as other groups.

I doubt whether any of the guys who grew up in my old neighborhood in Harlem ever went on to become ballet dancers. Nor is it likely that this had anything to do with either genetics or racism. The very thought of becoming a ballet dancer never crossed my mind and it probably never occurred to the other guys either.

If people don't want to do something, chances are they are not going to do it, even if they have all the innate potential in the world, and even if all the doors of opportunity are wide open.

When I arrived in Harlem from the South as a kid, I had no idea what a public library was. An older boy who tried to explain it to me barely succeeded in getting me to get a library card and borrow a couple of books. But it changed the course of my life. Not every kid from a similar background had someone to change the course of his life.

When Jewish immigrants from Eastern Europe arrived in New York in the 19th century, they were even poorer than blacks from the South who arrived in Harlem in the 20th century. But the Jews crowded into public libraries because books had been part of their culture for centuries. New York's elite public high schools and outstanding free colleges were practically tailor-made for them.

Groups differ from other groups all over the world, for all sorts of reasons, ranging from geography to demography, history and culture. There is not much we can do about geography and nothing we can do about the past. But we can stop looking for villains every time we see differences.

That is not likely to happen, however, when grievances can be cashed in for goodies -- and polarize a whole society in the process.