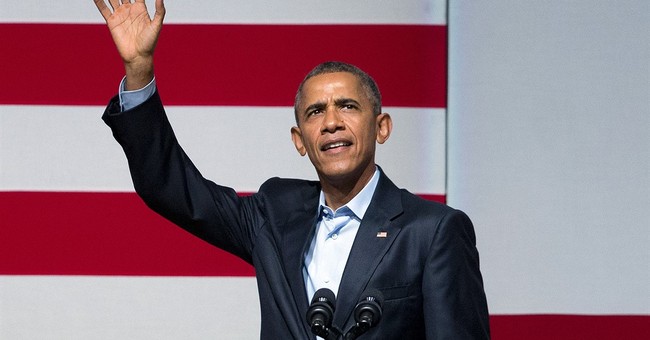 Trending
President Obama's intrusion into the mourning community of Roseburg, Oregon, in order to promote his political crusade for stronger gun control laws, is part of a pattern of his using various other sites of shooting rampages in the past to promote this long-standing crusade of the political left.

The zealotry of gun control advocates might make some sense if they had any serious evidence that more restrictive gun control laws actually reduce gun crimes. But they seldom even discuss the issue in terms of empirical evidence.

Saving lives is serious business. But claiming to be saving lives and refusing to deal with evidence is a farce. Nor is the Second Amendment or the National Rifle Association the real issue, despite how much the media and the intelligentsia focus on them.

But if hard evidence shows that restrictions on gun ownership lead to more gun crimes, rather than less, then the National Rifle Association's opposition to those restrictions makes sense, independently of the Second Amendment.

Since this all boils down to a question of hard evidence about plain facts, it is difficult to understand how gun control laws should have become such a heated and long-lasting controversy.

There is a huge amount of statistical evidence, just within the United States, since gun control laws are different in 50 different states and these laws have been changed over time in many of these states. There are mountains of data on what happens under restrictive laws and what happens when restrictions are lifted.

Statistics on murder are among the most widely available statistics, and among the most accurate, since no one ignores a dead body. With so many facts available from so many places and times, why is gun control still a heated issue? The short answer is that most gun control zealots do not even discuss the issue in terms of hard facts.

The zealots act as if they just know -- somehow -- that bullets will be flying hither and yon if you allow ordinary people to have guns. Among the many facts this ignores is that gun sales were going up by the millions in late 20th century America, and the murder rate was going down at the same time.

Among the other facts that gun control zealots consistently ignore are data on how many lives are saved each year by a defensive use of guns. This seldom requires actually shooting. Just pointing a loaded gun at an assailant is usually enough to get him to back off, often in some haste.

There have been books and articles based on voluminous statistics, including statistics comparing gun laws and gun crime rates in different countries, such as "Guns and Violence" by Professor Joyce Lee Malcolm of George Mason University. Seldom do these factual studies back up what the gun control zealots are saying.

Why would an ultimately factual question about the consequences of gun control laws divide people along ideological lines? Only if at least one set of people were more devoted to their vision than to the facts.

This shows up when gun control zealots are asked whether whatever new law they propose would have prevented the shooting rampage that they are using as a stage from which to propose a new clampdown on gun ownership. Almost always, the new law being proposed would not have made the slightest difference. That too is part of the farce. A deadly farce.

So is the automatic assertion that whoever engaged in a shooting rampage was a madman. Yet these supposedly crazy shooters are usually rational enough to choose some "gun-free zone" for their murderous attacks. They seem more rational than gun control zealots who keep creating more "gun-free zones."

Gun control zealots are almost always people who are lenient toward criminals, while they are determined to crack down on law-abiding citizens who want to be able to defend themselves and their loved ones.