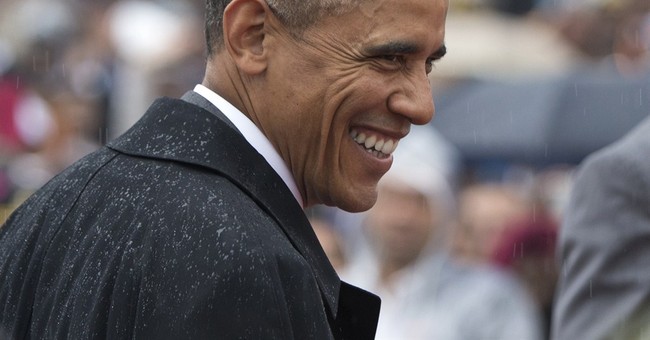 Who says President Obama doesn't promote bipartisanship? His complicity in Iran's moving toward nuclear bombs has alarmed some top Senate Democrats enough to get them to join Republicans in opposition to the Obama administration's potentially suicidal foreign policy.

Before the current measles outbreak, measles was once almost wiped out in the United States. But an article in a medical journal more than a decade ago had many parents afraid to have their children vaccinated, for fear that the vaccine causes autism. After scientific studies refuted that claim, the medical journal repudiated the article, and the doctor who wrote it had his license revoked.

If not a single policeman killed a single black individual anywhere in the United States for this entire year, that would not reduce the number of black homicide victims by one percent. When the mobs of protesters declare "Black lives matter," does that mean ALL black lives matter -- or only the less than one percent of black lives lost in conflicts with police?

In politics, never assume that because something is insane, it will not be done. The Holocaust was as insane as it was a moral horror. But it was done. Even after the tide of war turned against Germany and it faced invasion and devastation, Hitler continued to pour scarce resources into the mass killing of people who were no threat.

When someone tries to lay a guilt trip on you for being successful, remember that your guilt is some politician's license to take what you worked for and give it to someone else who is more likely to vote for the politician who plays Santa Claus with your money.

So long as public schools are treated as places that exist to provide guaranteed jobs to members of the teachers' unions, do not be surprised to see American students continuing to score lower on international tests than students in countries that spend a lot less per pupil than we do.

Would you go to a funeral if you knew that your presence would be unwelcome and would just add to the pain of the mourners? Probably not. But New York's mayor Bill de Blasio went to both funerals for the two New York City policemen recently murdered -- and gave speeches. That epitomized what a truly despicable human being he is, even by the low standards of politicians.

Demographic "diversity" is a notion often defended with fervor but seldom with facts.

Few things are more irritating, or more phony, than statements from various organizations about their "privacy policy." What that really means is their invasion of privacy policies -- how much information about you that your bank, hospital or Internet service is going to pass on to other people without your permission.

Somewhere Justice Oliver Wendell Holmes says that the purpose of an education should be to produce a mind that cannot be humbugged. But today our educational system, from kindergarten to the universities, is engaged in the mass production of fashionable humbug -- propaganda rather than education.

President Obama may have gained something politically or ideologically by recognizing Cuba, but just what did the United States gain? Like so much that has been done by this administration, the diplomatic recognition of Cuba demonstrates how safe it is to be our enemy, while our policies toward Ukraine and Israel demonstrate how risky it is to be our ally.

Despite radical feminist organizations' frequent bursts of outrage, these same radical feminists' response to the mass capture of school girls by Islamic terrorists in Nigeria, and turning those girls into sex slaves, has been strangely muted. Is this because there is no political mileage or lawsuit settlements to be achieved by expressing outrage at such unconscionable raw savagery in Nigeria?