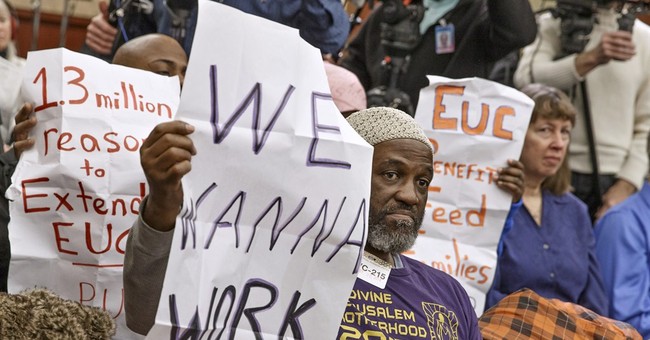 It does no good to point out to them that the two American cities where rent control laws have existed longest and strongest -- New York and San Francisco -- are also the two cities with the highest average rents.

Nor does it make a dent on them when you point out evidence, from both sides of the Atlantic, that tightening gun control laws does not reduce gun crimes, including murder. It is not uncommon for gun crimes to rise when gun control laws are tightened. Apparently armed criminals prefer unarmed victims.

Minimum wage laws are another issue where the words seem to carry great weight, leading to the fact-free assumption that such laws will cause wages to rise to the legally specified minimum. Various studies going back for decades indicate that minimum wage laws create unemployment, especially among the younger, less experienced and less skilled workers.

When you are unemployed, your wages are zero, regardless of what the minimum wage law specifies.

Having followed the controversies over minimum wage laws for more than half a century, I am always amazed at how many ways there are to evade the obvious.

A discredited argument that first appeared back in 1946 recently surfaced again in a televised discussion of minimum wages. A recent survey of employers asked if they would fire workers if the minimum wage were raised. Two-thirds of the employers said that they would not. That was good enough for a minimum wage advocate.

The problem with polls, in dealing with an empirical question like this, is that you can only poll survivors.

Every surviving business in an industry might have as many employees as it had before a minimum wage increase -- and yet, if the additional labor costs led to fewer businesses surviving, there could still be a reduction in industry employment, despite what the poll results were from survivors.

There are many other complications that make an empirical study of the effects of minimum wages much more difficult than it might seem.

Minimum wage advocates can seize upon statistics collected in particular odd circumstances to declare that they have now "refuted" the "myth" that minimum wages cause unemployment.

Yet, despite such anomalies, it is surely no coincidence that those few places in the industrial world which have had no minimum wage law, such as Switzerland and Singapore, have consistently had unemployment rates down around 3 percent. "The Economist" magazine once reported: "Switzerland's unemployment neared a five-year high of 3.9% in February."

It is surely no coincidence that, during the last administration in which there was no federal minimum wage -- the Calvin Coolidge administration -- unemployment ranged from a high of 4.2 percent to a low of 1.8 percent over its last four years.

It is surely no coincidence that, when the federal minimum wage law remained unchanged for 12 years while inflation rendered the law meaningless, the black teenage unemployment rate -- even during the recession year of 1949 -- was literally a fraction of what it has been throughout later years, as the minimum wage rate has been raised repeatedly to keep up with inflation.

When words trump facts, you can believe anything. And the liberal groupthink taught in our schools and colleges is the path of least resistance.