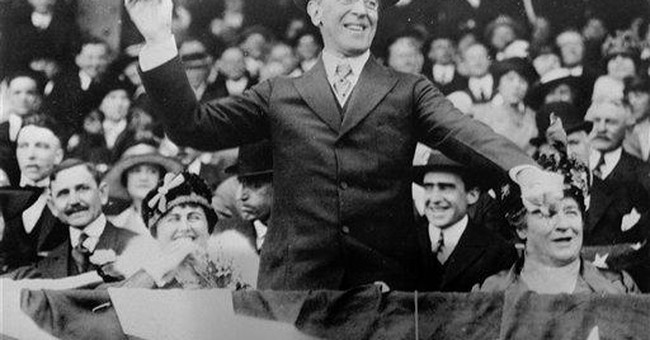 There are so many fallacies about race that it would be hard to say which is the most ridiculous. However, one fallacy behind many other fallacies is the notion that there is something unusual about different races being unequally represented in various institutions, careers or at different income or achievement levels.

A hundred years ago, the fact that people from different racial backgrounds had very different rates of success in education, in the economy and in other endeavors, was taken as proof that some races were genetically superior to others.

Some races were considered to be so genetically inferior that eugenics was proposed to reduce their reproduction, and Francis Galton urged "the gradual extinction of an inferior race."

Presidents of Stanford University and of MIT were among the many academic advocates of theories of racial inferiority -- applied mostly to people from Eastern and Southern Europe, since it was just blithely assumed in passing that blacks were inferior.

This was not a left-right issue. The leading crusaders for theories of genetic superiority and inferiority were iconic figures on the left, on both sides of the Atlantic.

It was much the same story on this side of the Atlantic. President Woodrow Wilson, like many other Progressives, was solidly behind notions of racial superiority and inferiority. He showed the movie "Birth of a Nation," glorifying the Ku Klux Klan, at the White House, and invited various dignitaries to view it with him.

Now, instead of genes being the overriding reason for differences in outcomes, racism became the one-size-fits-all explanation. But the dogmatism was the same. Those who dared to disagree, or even to question the prevailing dogma in either era were dismissed -- as "sentimentalists" in the Progressive era and as "racists" in the multicultural era.

Both the Progressives at the beginning of the 20th century and the liberals at the end started from the same false premise -- namely, that there is something unusual about different racial and ethnic groups having different achievements.

Yet some racial or ethnic minorities have owned or directed more than half of whole industries in many nations. These have included the Chinese in Malaysia, Lebanese in West Africa, Greeks in the Ottoman Empire, Britons in Argentina, Indians in Fiji, Jews in Poland, and Spaniards in Chile -- among many others.

Not only different racial and ethnic groups, but whole nations and civilizations, have had very different achievements for centuries. China in the 15th century was more advanced than any country in Europe. Eventually Europeans overtook the Chinese -- and there is no evidence of changes in the genes of either of them.

Among the many reasons for different levels of achievement is something as simple as age. The median age in Germany and Japan is over 40, while the median age in Afghanistan and Yemen is under 20. Even if the people in all four of these countries had the same mental potential, the same history, the same culture -- and the countries themselves had the same geographic features -- the fact that people in some countries have 20 years more experience than people in other countries would still be enough to make equal economic and other outcomes virtually impossible.

Add the fact that different races evolved in different geographic settings, presenting very different opportunities and constraints on their development, and the same conclusion follows.

Yet the idea that differences in outcomes are odd, if not sinister, has been repeated mindlessly from street corner demagogues to the august chambers of the Supreme Court.