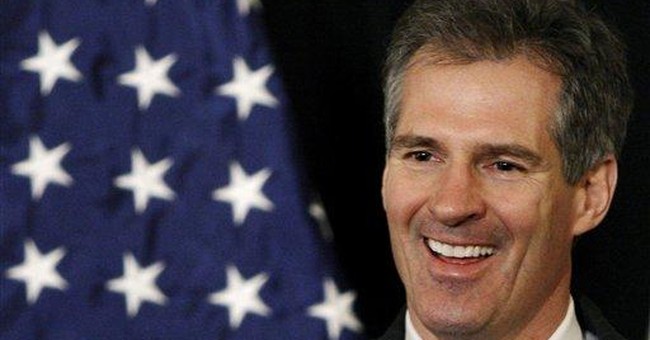 Some of the most melancholy letters and e-mails that are sent to me are from people who lament that there is nothing they can do about the bad policies that they see ruining this country. They don't have any media outlet for their opinions and the letters they send to their Congressmen are either ignored or are answered by form letters with weasel words. They feel powerless.

Sometimes I remind them that the whole political establishment -- both Democrats and Republicans, as well as the mainstream media -- were behind amnesty for illegal immigrants, until the public opinion polls showed that the voters were not buying it. If politicians can't do anything else right, they can count votes.

It was the same story with the government's health care takeover legislation. The Democrats have such huge majorities in both houses of Congress that they could literally lock the Republicans out of the room where they were deciding what to do, set arbitrary deadlines for votes, and cut off debate in the Senate. The mainstream media was on board with this bill too. To hear the talking heads on TV, you would think it was a done deal.

Then Scott Brown got elected to the "Kennedy seat" in the Senate, showing that that seat was not the inheritance of any dynasty to pass on. Moreover, it showed that the voters were already fed up with the Obama administration, even in liberal Massachusetts, as well as in Virginia and New Jersey. The backtracking on health care began immediately. Politicians can count votes. Once again, the public was not helpless.

One seat did not deprive the Democrats of big majorities in Congress. But one seat was the difference between being able to shut off debate in the Senate and having to allow debate on what was in this massive legislation. From day one it was clear that concealing what was in this bill was the key to getting it passed.

The President could wait months before deciding to give a general the troops he asked for to fight the war in Afghanistan but there was never to be enough time for the health care bill to be exposed in the light of day to the usual Congressional hearings and debate. Moreover, despite all the haste, the health care program would not actually go into effect until after the 2012 presidential election. In other words, the public was not supposed to find out whether the government's takeover of medical care actually made things better or worse until after it was too late.

Although even the members of Congress who voted on this massive legislation did not have time to read its thousands of pages, just the way it was being rushed through in the dark should have told us all we needed to know. For many voters, that turned out to be enough.

Even after Scott Brown came out of nowhere to make a stunning upset election victory, there were still some cute political tricks that could have been pulled to save the health care bill. But enough Democrats saw the handwriting on the wall that they were not going to risk their own re-election to save this bill that Barack Obama has been hell-bent to pass, even when polls showed repeatedly that the public didn't want it.

President Obama's desire to do something "historic" by succeeding, where previous presidents had failed, was perfectly consistent for a man consumed with his own ego satisfaction, rather than the welfare of the country or even of his own political party.

As for the public, it doesn't matter if your Congressman answers your letter with a form letter, or doesn't answer at all. What matters is that you let him know what you are for or against and, when enough people do that-- whether in letters, in polls or in an election, politicians get the message, because they know their jobs depend on it.

As for what is likely to happen to health care, neither the bill passed by the House of Representatives nor the Senate bill can be expected to be enacted into law. Meanwhile, Obama's reaction to his political setback has been to respond rhetorically and to call on the political operatives who helped engineer his successful election campaign in 2008. But the public did not know him then, and his rhetoric may not fool them again, now that they do.