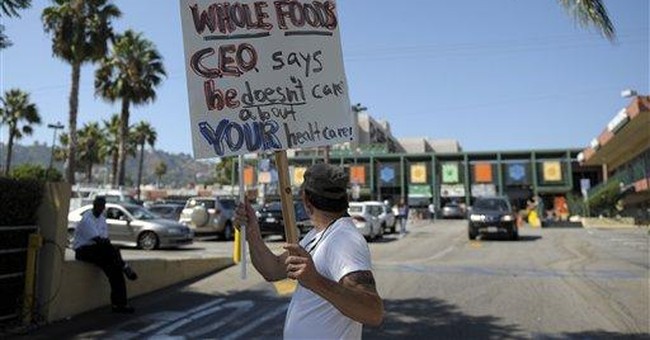 Many of the issues of our times are hard to understand without understanding the vision of the world that they are part of. Whether the particular issue is education, economics or medical care, the preferred explanation tends to be an external explanation-- that is, something outside the control of the individuals directly involved. Education is usually discussed in terms of the money spent on it, the teaching methods used, class sizes or the way the whole system is organized. Students are discussed largely as passive recipients of good or bad education.

But education is not something that can be given to anybody. It is something that students either acquire or fail to acquire. Personal responsibility may be ignored or downplayed in this "non-judgmental" age, but it remains a major factor nevertheless.

After many students go through a dozen years in the public schools, at a total cost of $100,000 or more per student-- and emerge semi-literate and with little understanding of the society in which they live, much less the larger world and its history-- most discussions of what is wrong leave out the fact that many such students may have chosen to use school as a place to fool around, act up, organize gangs or even peddle drugs.

The great escape of our times is escape from personal responsibility for the consequences of one's own behavior. Differences in infant mortality rates provoke pious editorials on a need for more prenatal care to be provided by the government for those unable to afford it. In other words, the explanation is automatically assumed to be external to the mothers involved and the solution is assumed to be something that "we" can do for "them."

While it is true that black mothers get less prenatal care than white mothers and have higher infant mortality rates, it is also true that women of Mexican ancestry also get less prenatal care than white women and yet have lower infant mortality rates than white women. But, once people with the prevailing social vision see the first set of facts, they seldom look for any other facts that might go against the explanation that fits their vision of the world.

No small part of the current confusion between "health care" and medical care comes from failing to recognize that Americans can have the best medical care in the world without having the best health or longevity because so many people choose to live in ways that shorten their lives.

There can be grave practical consequences of a dogmatic insistence on external explanations that allow individuals to escape personal responsibility. Americans can end up ruining the best medical care in the world in the vain hope that a government takeover will give us better health.

Economic issues are approached in the same way. People with low incomes are seen as a problem for other people to solve. Studies which follow the same individuals over time show that the vast majority of working people who are in the bottom 20 percent of income earners at a given time end up rising out of that bracket.

Many are simply beginners who get beginners' wages but whose pay rises as they acquire more skills and experience. Yet there is a small minority of workers who do not rise and a large number of people who seldom work and who-- surprise!-- have low incomes as a result.

Seldom is there any thought that people who choose to waste years of their own time (and the taxpayers' money) in school need to change their own behavior-- or to visibly suffer the consequences, so that their fate can be a warning to others coming after them, not to make that same mistake.

It is not just the "non-judgmental" ideology of the intelligentsia but also the self-interest of politicians that leads to so much downplaying of personal responsibility in favor of external explanations and external programs to "solve" the "problem."

On these and other issues, government programs are far less likely to solve the country's problems than to solve the politicians' problem of getting the votes of those whose think the answer to every problem is for the government to "do something."