The Right To Win 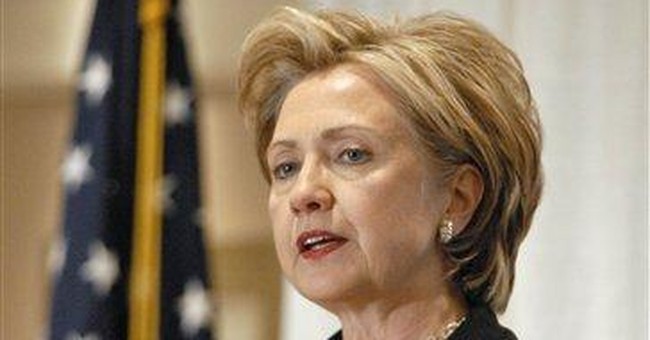 Among the many new "rights" being conjured out of thin air, a new one seems to be a "right" to win.

Americans have long had the right to put their candidates and their ideas to a vote. Now there seems to be a sense that your rights have been trampled on if you don't win.

Hillary Clinton's supporters were not merely disappointed, but outraged, when she lost the Democrats' nomination to Barack Obama. Some took it as a sign that, while racial barriers had come down, the "glass ceiling" holding down women was still in place.

Apparently, if you don't win, somebody has put up a barrier or a ceiling. The more obvious explanation of the nomination outcome was that Obama ran a better campaign than Hillary. There is not the slightest reason to doubt that she would have been the nominee if the votes in the primaries had come out her way.

As the election approached, pundits warned that, if Obama lost, there would be riots in the ghetto. We will never know. But since when does any candidate have a right to win any office, much less the White House?

The worst of all the reactions from people who act as if they have a right to win have come from gay activists in the wake of voter rejection of so-called "gay marriage," which is to say, redefining what marriage has meant for centuries.

Blacks and Mormons have been the main targets of the gay activists' anger. Seventy percent of blacks voted against gay marriage in California, so racial epithets were hurled at blacks in Los Angeles-- not in black neighborhoods, by the way.

Blacks who just happened to be driving through Westwood, near UCLA, were accosted in their cars and, in addition to being denounced, were warned, "You better watch your back."

Even blacks who were carrying signs in favor of gay marriage were denounced with racial epithets.

In Michigan, an evangelical church service was invaded and disrupted by gay activists, who also set off a fire alarm, because evangelicals had dared to exercise their right to express their opinions at the polls.

In Oakland, California, a mob gathered outside a Mormon temple in such numbers that officials shut down a nearby freeway exit for more than three hours.

In their midst was a San Francisco Supervisor who said "The Mormon church has had to rely on our tolerance in the past, to be able to express their beliefs." He added, "This is a huge mistake for them. It looks like they've forgotten some lessons."

Apparently Mormons don't have the same rights as other Americans, at least not if they don't vote the way gay activists want them to vote.

There was another gay activist mob gathered outside a Mormon temple in Orange County, California.

In the past, gay activists have disrupted Catholic services and their "gay pride" parades in San Francisco have crudely mocked nuns.

While demanding tolerance from others, gay activists apparently feel no need to show any themselves.

How did we get to this kind of situation?

With all the various groups who act as if they have a right to win, we got to the present situation over the years, going back to the 1960s, where the idea started gaining acceptance that people who felt aggrieved don't have to follow the rules or even the law.

"No justice, no peace!" was a slogan that found resonance.

Like so many slogans, it sounds good if you don't stop and think-- and awful if you do.

Almost by definition, everybody thinks their cause is just. Does that mean that nobody has to obey the rules? That is called anarchy.

Nobody is in favor of anarchy. But some people want everybody else to obey the rules, while they don't have to.

What they want is not decisive, however. It is what other people are willing to tolerate that determines how far any group can go.

When the majority of the people become like sheep, who will tolerate intolerance rather than make a fuss, then there is no limit to how far any group will go.