The Media and Politics 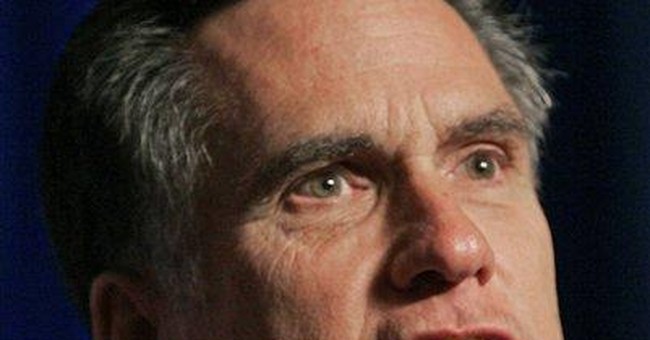 Even before Mitt Romney bowed out -- with class, by the way -- supporters of John McCain, and Republican party pooh-bahs in general, were chastising those conservatives in the media who had criticized Senator McCain.

Those who leveled their attacks at Rush Limbaugh, Sean Hannity and other conservatives who had criticized McCain's record completely misconceived the role of the media.

Journalists do not exist to get one party's candidates elected or otherwise serve one party's political interests. The public are the journalists' clientele.

It is the public that reads newspapers and magazines, that listens to radio or watches television. They are depending on journalists to tell them the truth as they see it and to offer their honest opinion as to what it means. Journalists cannot serve two masters. To the extent that they take on the task of suppressing information or biting their tongue for the sake of some political agenda, they are betraying the trust of the public and corrupting their own profession.

Some journalists -- too many, in fact -- do jump on the bandwagon of particular candidates or particular political agendas, and end up filtering and spinning the news as a result.

Some people in the media who went ballistic because President Bush fired a dozen U.S. attorneys had nothing to say when President Bill Clinton fired every U.S. attorney in the country.

Whether one is for or against the "global warming" crusade or for or against Democrats or Republicans in the White House, the truth is the truth -- and filtering out facts is betraying the public that has turned to the media for information.

It is legitimate to argue for or against those who believe that global warming justifies one policy or another. That is an honest expression of opinion. But filtering the facts is not.

Some in the media seem to think that a noble cause justifies withholding facts on the other side.

There has probably never been a more noble cause than wanting to spare the world the agonies and devastation of a world war with modern weapons. That is what The Times of London tried to do back in the 1930s.

The carnage of the First World War was a shock from which a whole generation never recovered. Millions of soldiers on both sides were killed. A whole continent was devastated and millions of civilians were starving amid the ruins. Surely it was a humane and noble desire to want to avoid a repetition of that.

So when Geoffrey Dawson, editor of The Times of London, decided to filter the news, in the interest of peace, that was understandable.

Rather than print news that could rekindle animosities among nations that had fought in the First World War, Dawson filtered dispatches from his own foreign correspondents in Germany to remove negative reports of what the Nazis were doing.

Some of The Times' correspondents complained at the deletions and rewriting of what they had written, and some resigned in protest. They apparently understood that their role was to report the facts as they saw them, not cater to some hope or agenda.

We now know in retrospect that The Times' use of its great influence to promote the interests of peace had the opposite effect.

It downplayed the dangers of Hitler, thus contributing to Britain's belated awakening to those dangers, and its vacillating responses -- factors which emboldened Hitler to launch the Second World War.

It was not just that Dawson guessed wrong. More fundamentally, he misunderstood a journalist's role and the betrayal involved when he went beyond that role, even for a noble cause.