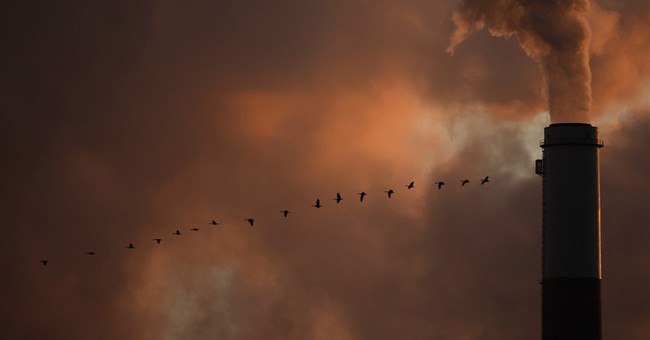 This may surprise you, especially since we’ve been conditioned otherwise, but we had legendary broadcaster, weatherman and the creator of The Weather Channel, John Coleman on Powering America Radio yesterday. John was part of an all-star weather team at Chicago’s WLS-TV for over a decade, was the first weatherman on Good Morning America, and from there got the idea that weather could be 24/7/365 on cable television. He wrote the business plan, got the funding and launched it in the early 1980s. He only was with the network a short time, before moving to sunny San Diego, where he just retired at 80. Life is good if you’re John Coleman.

Put your common sense hat on for a minute and consider a few of John’s points with me. CO2, which is the ogre of the environmentalist movement, comprises 0.039% of our atmosphere. Nitrogen makes up 78%, oxygen 20.95%. There are few other trace gasses, methane is one, which comprise less than one-half of one-percent. And it’s generally regarded that most of what comprises that tiny amount is from naturally occurring means. From the human perspective, your automobile and mine contribute by far most of what CO2 increase there has been. And with all that, it’s still miniscule. John debunks the idea that this 0.039% compound in our atmosphere is altering the entire legacy of the planet. As an observer of nature professionally himself for over 60 years, John doesn’t buy it. He noted on the show that 63% of the nation’s farmers don’t buy it either, while about 60% of the scientific community does. John said farmers are out making their living in nature, while those scientists are living off government grants, generously handed out to try to prove global warming really exists. Who should understand it better?

As I suggested, put on your common sense hat for a minute.

Environmentalism is a $30 billion a year industry according to Mr. Coleman. Rather than do an about-face and admit they’re wrong, those advocating the environmental boogieman don’t want to risk their cushy lifestyles that many have come to enjoy by promoting bad science.

I’m all for social and environmental responsibility. I’d love to see a clean planet. Clean air, rivers, streams and land. But our society has advanced based on fossil fuels, and I’m not willing to give that up either. Until a viable replacement arrives, we’ll still be Powering America on about 70-percent oil, natural gas and coal. And that’s a scientific fact.