New Jersey’s Budget Compromise Is a Bad Deal for Taxpayers

Thomas Aiello
|
Posted: Jul 09, 2018 2:15 PM
Share   Tweet
The opinions expressed by columnists are their own and do not necessarily represent the views of Townhall.com. 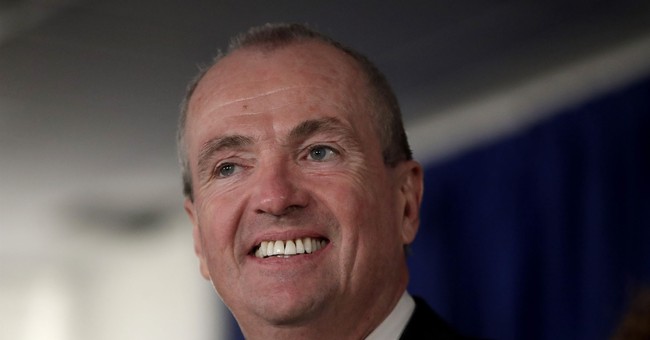 It came down to the wire, but New Jersey lawmakers passed a $37.4 billion budget to avoid a government shutdown. While residents will be relieved that their government (and beaches) will remain open, taxpayers and businesses will feel the harmful effects of this bad budget deal for years to come. Despite Governor Phil Murphy’s (D) optimism, this budget’s excessive spending and lousy tax policy will not put New Jersey on a path toward prosperity; it deals a serious blow to the state’s economy, with the middle class serving as collateral damage.

Under Governor Murphy’s budget agreement, New Jersey’s top income tax rate will rise to 10.75 percent, up from the already-steep 8.97 percent rate. This will be the 3rd highest rate in the nation (behind only California and Hawaii) and considerably higher than each of its neighbors. Businesses earning more than $1 million will also face a tax hike to 11.5 percent, up from the current uncompetitive 9 percent rate. While lawmakers have stated the rate will phase out over 4 years, politicians have been known to break their promises on sunsetting bad taxes.

A new 50-cent surcharge on ride-sharing services, a new sales tax on Airbnb, a tax on liquid nicotine used in electronic cigarettes, and other minor revenue “enhancements” are also included in the budget compromise. The governor also has on his desk legislation implementing a new statewide 5-cent tax for every plastic bag used by a consumer.

These new taxes, which are expected to raise $1.5 billion in new revenue, will be used to finance a budget that is 4.2 percent higher than the one adopted last year.

Governor Murphy was a staunch advocate for a millionaire’s tax, arguing that the wealthy aren’t paying their fair share in tax to the state. That’s a popular talking point, but the rhetoric doesn’t hold its weight against the facts. Only 1,760 individuals (about 0.04 percent) of New Jersey taxpayers will be hit with a higher rate, but they already account for nearly 13 percent of all state income-tax revenue. This action could be the final straw for many exhausted by New Jersey’s high taxes and could incentivize high-income residents to migrate to lower-tax jurisdictions like Florida, North Carolina, or Georgia.

Despite agreeing to a millionaire’s tax, Senate President Sweeney (D) was right when he said, “I’m trying to take the burden off of the middle-class people of this state, and when I say that, it’s ironic, because we’re arguing against a millionaires tax but when the millionaires move out, the responsibility gets spread amongst the middle class, and they’re the ones that can’t move.”

His economic rationale was on the money. Since it is relatively inexpensive for high-earners to pack and leave for lower-tax jurisdictions, it could have serious implications for all New Jerseyans. When wealthy taxpayers leave the state, it is the rest of the state’s taxpayers, both middle class and lower-middle class, who suffer. To offset the drop in revenue, more state services would need to be cut, or else increase the tax burden on middle and lower middle class taxpayers.

In fact, when a single billionaire fled for Florida two years ago, the state lost hundreds of millions of dollars in tax revenue, a sizeable loss. According to the Wall Street Journal, between 2012 and 2016, $12 billion of income left New Jersey for greener pastures. Since the new tax reform law caps the state and local tax deduction at $10,000 taxpayers will no longer be able to write-off these new tax hikes which could further increase the outflow of wealthy taxpayers.

Causing wealthy taxpayers or small businesses to flee to more tax-friendly jurisdictions will have severe fiscal implications. A report commissioned by former Governor Christie found the tax loss from losing a single $1 million earner is equal to 59 taxpayers earning $50,000, and if one single filer earning $1 billion leaves, it takes 70,618 single taxpayers earning $50,000 to replace the lost revenue.

An equally devastating tax policy was the agreement to raise the state’s corporate tax rate to one of the highest in the nation. New Jersey ranks last on the Tax Foundation’s State Business Tax Climate Index, which ranks each state by their overall competitiveness and business-friendliness. A higher rate will only solidify New Jersey’s standing as the worst state for business. A low corporate tax rate spurs business activity and attracts capital investment from around the world; which expands job opportunities, improves productivity, and boosts take home pay for workers from all income levels. However, since capital is extremely mobile, a higher rate could result in some businesses moving to low-tax jurisdictions.

At the height of the recession there was a saying in some Midwest states that saw people fleeing for greener pastures: “will the last one to leave please turn out the lights?” With this destructive budget deal, it appears New Jersey is dead set on taxing people, businesses, and wealth out of the Garden State. Yes, New Jersey faces challenging economic times, but they are largely man-made, mainly due to the high tax burden on businesses and families. Governor Murphy and Democrats in the Legislature failed the state, and ultimately it will be the middle and lower-middle class that suffer the consequences.