The Roaring Twenties Are Already Roaring

Terry Paulson
|
Posted: Jan 13, 2020 12:01 AM
Share   Tweet
The opinions expressed by columnists are their own and do not necessarily represent the views of Townhall.com. 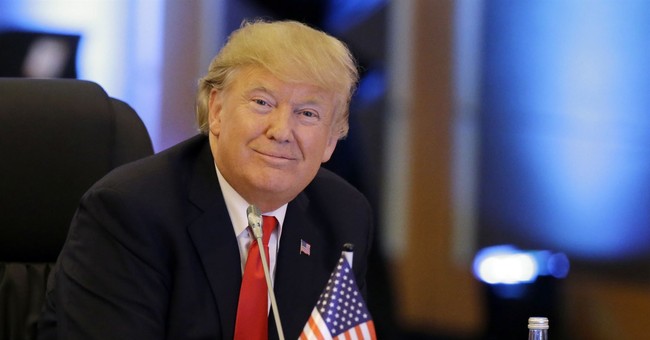 It’s a new year, but I fear there is no fresh beginning on the horizon. In my memory, I cannot think of a more divided time in America. Founded on a belief in freedom and the rights given by God to all, our Founding Fathers created a republic that protected citizens from government overreach and freed them to turn their dreams into reality. They had confidence in their citizens and the power of community to ensure the future of the republic.

House Speaker Nancy Pelosi continues to hold the Articles of Impeachment in limbo waiting for the Senate to give her rules that will allow witnesses and expanded discovery for that true “impeachable offense.” Even some Democrats are telling her to submit them or forget them. The impeachment plan is languishing, and Americans don’t care. They know it will not be successful in reaching the votes needed, and they are not even sure President Trump’s actions warrant his removal. It has not been sold, but it still hangs over the country.

At what point does Senator McConnell call the House’s bluff? He can’t change the rules on how the Senate handles impeachment without 67 votes. He will not get those votes, but there is nothing in the rules about what to do when they do not send the articles after passing.

Advocates throw around accusations of fake news, but there is no one shared news Americans can count on. What media chooses to report and chooses to leave out for their targeted constituencies just reinforces their embedded confirmation bias. Arguing over facts you don’t accept as accurate or relevant is fruitless.

We are divided because of the left. They have worked to impeach Trump from the day he was inaugurated. They have searched for any evidence that just might work in selling voters. They have not found it yet, but they will never stop. Whether in trying to make Iran’s Qassem Soleimani some kind of hero who never should have been killed or shouting from the rooftops that Trump is sure to start a Middle East war, the Democrats are actively working to undermine this president’s authority as commander in chief.

We are so divided that the Democrats can’t even come together to support our military when they are in harm's way. To do so would be to support the president, and that is unacceptable. Trump can be given no victories. How could he? He should “obviously” be impeached and removed from office.

The left can’t believe that President Trump could ever be elected, and they are fearful that he might win again. They realize that the candidates they are left with are boring, repelling, or downright socialists. They have moved to the left extreme to earn the right to be the candidate, but in doing so, they have left the middle behind.

Do voters pick a socialist or the president they find rude and egotistical. But at the same time, they see that he has the fortitude to deliver on his promises over and over again.

You know what you are getting with Trump. He’s out to make America great and has embraced policies that have given America an economy we can all be proud of. The man gets things done, and swing voters know it. You don’t vote for who you want as president; you vote from the two choices who get through the campaign gauntlet. Who will the Democrats pick? Does it matter? The one chosen will have fought with the other candidates they will then need to unify their party.

President Trump has the voters who brought him to office; they want to keep him there. He has also won over many “Never-Trumpers” who have seen him deliver Supreme Court justices and conservative priorities like no president in decades.

It will be the start of the “Roaring Twenties” for a new century. Why? Because Donald Trump is in office and has every intention and probability of winning a second term. The Democrats will scream and shout and complain all the way to November. I fear there will be more of the same in 2021 when they realize they lost another election they had to win.