How to Make an Enemy

Terry Paulson
|
Posted: Jun 10, 2019 12:01 AM
Share   Tweet
The opinions expressed by columnists are their own and do not necessarily represent the views of Townhall.com. 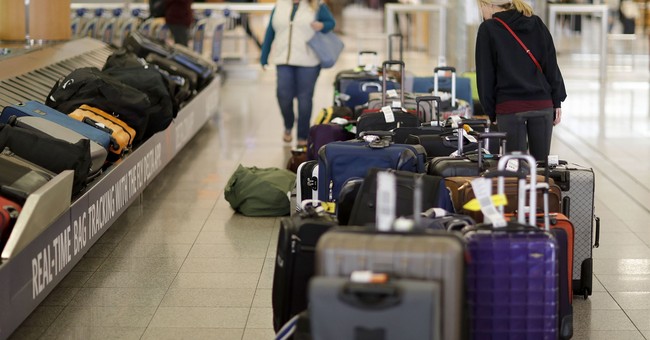 The response to my new TEDx Talk, "How to Make an Enemy and How to Turn Them Around," shows how unresolved conflict is in our divided country. This is the first of a two-part column on how we make enemies and how we can turn such relationships around.

All at times can find themselves in a strained relationship. Maybe it starts with an initial conflict, a personal attack, a political disagreement, or an unresolved issue. Poorly handled, it can turn into an "enemy" relationship that saps our energy and limits our influence.

Many may feel like getting even but seeking revenge often brings costs. Confucius warned, "Before you embark on a journey of revenge, dig two graves." Booker T. Washington, the most dominant spokesperson for Black Americans in the early 1900s, had a similar warning: "One man cannot hold another man down in the ditch without remaining down in the ditch with him." Living in a hate-filled ditch is no way to live life!

Securing revenge can create cycles of getting even. Winners never always win, because losers never forget. While waiting to check my luggage at Kennedy Airport during a hectic travel week, the man in front of me was late and agitated. He belittled the checker for being slow, grabbed his luggage tags, and headed for his gate in a huff.

Relieving the tension, I said to the porter, "Do you have to deal with that often?" He replied, obviously agitated, "Don't worry. I've already gotten even." He changed the destination tags and said with a smile, "He's going to Chicago, but his bags are going to Japan."

I've never been nicer to a porter in my life. I gave him a good tip and was glad to see my bag secure on the baggage cart. The porter may have enjoyed getting even, but after arriving in Chicago without his bag, his nemesis may have worked to get him fired! No one needs to get stuck in a cycle of revenge.

How do you make an enemy? It starts with a significant negative experience-actual or anticipated. All it takes is a warning or any bias to create the potential for an enemy relationship.

Most of us have biases. What are yours? Does it apply to those who are white, black, a man, a woman, gay, straight, Christian, Moslem, liberal, conservative, young, or old? What's your version of "They are one of those people!" The fact remains that every group has some embarrassing representatives that hurt their reputation. But most of the people in all those groups are good people, different from you but no less a problem person than you or me.

The second prerequisite to an "enemy" relationship is distance. Charlie Brown once observed, "No problem is too big or so complicated that it cannot be run away from!" All of us have a little bit of Charlie Brown in us. We hate conflict. We were taught by our parents-"If you can't say anything nice, don't say anything at all."

With that kind of training, once you've had the negative experience or anticipate you will, you tend to distance yourself from anyone who might be a problem. Once a child touches a hotplate, he doesn't come back for a second touch. We avoid pain-physical or relational. We establish what I affectionately call mafia pacts-"You don't bother me, and I don't bother you. Just leave me alone!"

We spend most of our time with people we like, "the good guys," and talk to enemies only when we have to in order to get what we want or confront problems. Can you think of people that as soon as you see them, you recoil instinctively, "Oh no, he's coming!"

You don't sit with "enemies," you don't laugh with them, you don't study or work with them unless you have to. They are "enemies;" they are the "other!" With enemies, distance isn't enough. We throw in a dash of selective scanning-we look for evidence to support our negative expectations.

Teachers, after one month with a new class, have established their eye scan patterns. The first three students looked at after giving a directive tend to be their most difficult students. Their inappropriate behavior is quickly seen and confronted. With enemies, when they act badly, you remember the date, the time, and their discretions.

Think this doesn't apply to you and your "enemies!" Think again. If the only time you interact with a person is to confront problems, ask for compliance, or criticize them on Facebook, you have an enemy. Realizing that is the first step to change. In part two of this column series, we'll go beyond how we make enemies and learn how to turn such relationships around.