Getting Beyond Political Echo Chambers

Terry Paulson  |  Apr 03, 2017
The opinions expressed by columnists are their own and do not necessarily represent the views of Townhall.com.
Top Columns
Trending on Townhall Media 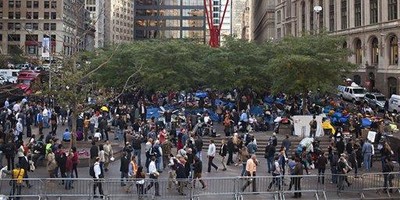 Why is America so politically divided? Why is the political climate in Washington so toxic? A recent Scott Pelley segment on 60 Minutes focused on fake news. Pelley closed his segment by observing, “Never in human history has more information been available to more people. But it’s also true that never in history has more bad information been available to more people. And once it’s online, it is ‘news’ forever.”

Jestin Color has made thousands writing fake news reports attacking politicians on the right and the left. He reports, “Fake news headline has to make blood boil. … It’s kind of almost an addiction. Once they kind of took the bait so to speak they would spread this stuff around. People in general are quick to believe anything that is… put in front of them in a format that is news-ish.”

Jeff Green, CEO of the Trade Desk, observed that fake news consumers tend to stay in, what he calls, Internet echo chambers, reading similar articles rather than reaching for legitimate news. Green cautioned, “What is most concerning is the amount of influence that they seem to have because the people that spend time in those echo chambers are the ones that vote.”

Which echo chamber are you trapped in—conservative or liberal? Whichever one you favor, your echo chamber makes you vulnerable to believing what you want to believe. We selectively scan for sources, articles, posts and evidence that align with our position. We “friend” and search out relationships that are safe and supportive. We assume that those who are “wrong” are uninformed or in some way biased by the media that feeds their bias. We are surprised when someone we like dares to turn out to be one of those “conservatives” or “liberals.”

The tragedy is that neither of our echo chambers are working together to find workable solutions on the tough issues that face our country. The purists from either extreme seem content with gridlock. If our parties are not searching for common ground in pursuit of workable solutions, it’s because they must answer to their respective echo chambers. Isn’t there a middle ground that makes common sense on some of the issues that are not going away. They won’t seek it until we demand it.

With undocumented immigrants, there’s no broad-based support for deporting those who have been here for decades contributing to our economy and raising their families. Should they not have a path to legal status and work permits, even a path to citizenship for those willing to go through a rigorous process to earn it? On the other hand, it’s common sense to deport those undocumented who are guilty of violent crimes. Should we not give job preference to our own citizens, legal immigrants and those with work permits by requiring employers to use e-verify?

What about welfare reform? Most Americans care about their neighbor and are willing to support local charities and government agencies helping the chronic poor who are unable to help themselves. But there are many able-bodied citizens who are receiving Medicaid and food stamps who should be taking responsibility for their own lives.  Why should hard-working Americans have to pay high taxes and have costly healthcare policies with crippling deductibles in order to subsidize others who get a free ride? Most Americans are ready to help the truly needy and citizens needing a temporary helping hand but don’t support perpetual dependence for those unwilling to stand on their own.

In an age of terrorism, Americans still want to welcome legal immigrants who come to live out their dreams and embrace our values, but they want to fully vet those who enter. No border can be totally secure, but doing so in an age of terrorism makes sense. The secured border in Israel is mostly a high-tech dual fence barrier that works, and it can work for us.

Are you ready to demand some common sense action out of Washington? Stop just blaming the other party, and start encouraging those you support to work across the aisle for solutions that serve and secure an enduring future for America.