What Love Does the World Need?

Terry Paulson
|
Posted: Aug 08, 2016 12:01 AM
Share   Tweet
The opinions expressed by columnists are their own and do not necessarily represent the views of Townhall.com. 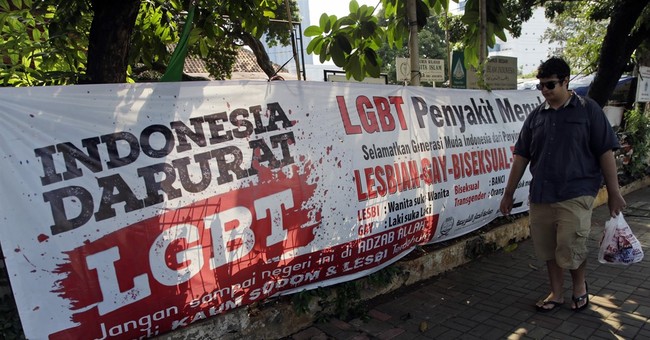 In a campaign year where discussions seem to be focused on which candidate voters can’t let win, it’s clear that we’re left with two flawed candidates. But then aren’t we all flawed people, works in progress? Most of us would squirm at the thought of the media following our every statement in search of a tantalizing lead for the nightly news.

In such years, it’s important to remember that who you elect brings along a team of critical appointees committed to what they can do to further the platform and principles their party endorses. Of course, neither party will do that perfectly, but the team you put in office matters in shaping our collective future as a country.

At the Democratic National Convention in Philadelphia, over forty Broadway performers brought the delegates to their feet singing "What The World Needs Now Is Love." Few on either side of our political divide would argue with the sentiments expressed. But defining the “kind of love” needed may very well decide which party Americans support in November.

To most Democratic leaders, caring is defined by every American being entitled to healthcare, welfare, a college education, a high wage, and a secure retirement whether they earned it or not. Early on, in an effort to help those who had no one to help pick up the pieces, they made modest increases in taxes to transfer some of the wealth of successful Americans to support the less fortunate.

Over the years, we help more than the poor. The Democrats have moved from being the party of the worker to the party of the non-worker and special interest groups. By continually expanding government programs that increase, even encourage, dependence, they’ve undermined the will and character of far too many Americans and taught otherwise capable, productive members of our society that it is acceptable, even noble, to receive government aid instead of taking responsibility for their own lives.

Republicans tend to measure compassion by how many people no longer need government programs instead of by how many are served by them. Talk show host and columnist Dennis Prager warns, “We have gone from protecting the unfortunate to supporting the irresponsible."

Certainly, there are some people who need a helping hand, but the challenge is finding a way to provide a safety net without making it a hammock that actually creates dependency and more problems than it helps. Love is better administered through the support of a caring family and friends, supportive charities and faith communities, and local government services rather than through an impersonal, increasingly powerful federal government.

Being a loving, compassionate conservative is much like being a compassionate parent. A good parent may have the resources to give a child pretty much anything they want, but they don't. Why? Because they care enough to discipline them, to set limits and to say 'No.' Learning to persevere and creatively overcome some disappointments on the way to success helps children appreciate the rewards they eventually earn. There is always a strong dose of tough love in good parenting. Conservatives believe that there needs to be a little more tough love in government.

Abraham Lincoln, the first Republican President, said, "The worst thing you can do for those you love is the thing they could and should do for themselves." To most Republicans self-reliance is not an outdated value. We believe it is a transforming value that has helped make us what we are as a country.

Yes, life is difficult, and it's getting tougher. Navigating the game of life takes work, struggle, failures, experience, successes, new learning, more failures, creative thinking, and it always involves a challenging journey. Parents who protect their children or politicians who protect their citizens from the lessons learned from that struggle don't do them any lasting service.

For the American dream to continue to work for future generations, achievement must pay off more than dependence and powerlessness. With nearly 50% of Americans receiving some sort of government support, that future is increasingly in jeopardy. What the world needs now is a little more tough love. May more vote that way in November.