Will The GOP Bandwagon Support or Fight Trump?

Terry Paulson
|
Posted: Mar 18, 2016 12:01 AM
Share   Tweet
The opinions expressed by columnists are their own and do not necessarily represent the views of Townhall.com. 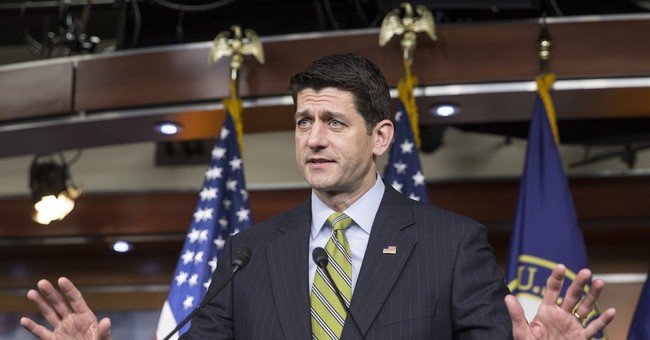 This is an election like no other in my memory. In spite of the fact that Donald Trump is increasing his lead in the delegate count, there still seems to be a ceiling to his support. He has not won a majority of GOP primary voters in any of the 30 states and territories that have completed their primary voting.

In past presidential primary years, momentum tends to grow for the leading candidate. Donald Trump has more than half of the delegates he needs to secure the Republican nomination, but no overwhelming momentum is evident. An open, contested convention seems more and more likely. The GOP “bandwagon” is as likely to fight Donald Trump as to join his populist victory parade.

Many long-standing Republican voters are very concerned. They have not forgotten the early impression they have of their frontrunner. Even as Trump endorser Ben Carson has suggested; there seems to be two Trumps. There’s the aggressive attacker ready to demean anyone who confronts him and the now more courteous and “presidential” delegate leader trying to call for party unity.

Trump remains vague on where he stands on key issues, choosing rather to stick to his talking points of “making America great again” and “helping America win, win, win.” He’s refusing to participate in the next debate, and if he’s close and not the party’s nominee, he warns, “I think you’d have riots… Bad things would happen.”

Trump remains critical of the Washington establishment whose Senate and House are controlled by the very party he claims to support and wants to lead. He’s donated substantial contributions to Republicans and Democrats over the years, justified by his desire for political access for his business interests.

In short, principle-based Republicans don’t know what is at the core of their leading candidate. He’s all talk and bluster with no clear political record. He’s easy to project what you want to believe a “truth-telling” “outsider” would bring to the White House. With lack of clear positions on core issues, there are as many “Trumps” as there are “Trump supporters.” If you want a Presidential Surprise Candidate, Trump is your man!

The election could come down to a difficult choice—Donald Trump and Hillary Clinton. Though not easy, I’d pick the Trump Surprise Package over a flawed and potentially indictable liberal Democrat with serious trust issues. Beyond the limitations that both have, a voter is wise to take into account the team they’ll bring with them to the executive branch—the cabinet and key agency head appointments that drive platform priorities. It’s time for a counter-balancing administration after eight years of liberal “transformation.”

There’s a process in place to handle this amazing election year. It’s why we have a convention and a pre-established number of delegates needed to secure the nomination. It’s the people’s choice, but to date Donald Trump hasn’t gotten a majority of the GOP Party votes in any state. With the race down to three candidates, the race intensifies. In what way will the bandwagon start to move?

Both Donald Trump and Ted Cruz can be considered Washington outsiders. Trump has garnered those angry with the Washington establishment looking for a businessman savior who can “make deals” and turn America around. Cruz’s preachy style and unpopular stands have often made him unpopular with his GOP colleagues. John Kasich has experience at the state and federal level. He’s a governor who has proved that he can rally the support of those who know him best—the people of Ohio gave him a resounding victory. We’re down to three choices.

None are likely to have the votes needed to ensure their selection, but by the convention, we’ll know far more about each of these potential candidates. For those of us in California, there’s an added benefit. Our June California primary will finally count. So be an informed voter. Demand more specifics from each of the candidates on the issues that matter most to you. Let’s have more contested primaries and may the best candidate win.