E Pluribus Unum-Reclaiming What Unites Us 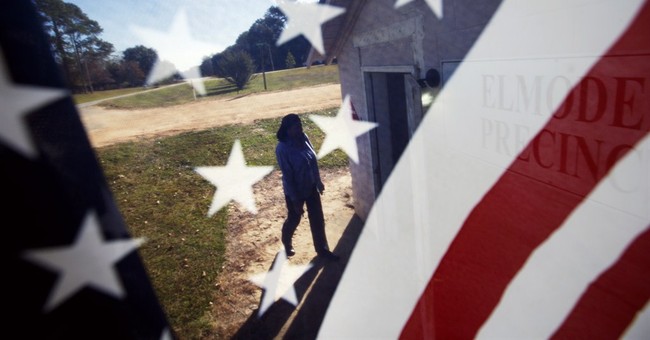 One of America’s founding principles is on every coin—E Pluribus Unum. Out of many, we’re one. We may have come from many places and be of different races and ethnic origins, but if we are Americans, our differences have always paled in comparison to what unites us. America has been the great melting pot for all citizens willing to preserve our freedoms, justice and opportunities.

I’ve come to realize that I have far more in common with a black Christian than a white atheist. I’m more at home with a Hispanic conservative than a Caucasian liberal. The color of skin or ethnic origin means nothing.

When I attended my first Promise Keeper event at the LA Coliseum, nearly 50,000 men of all races joined their voices in praise. When men from my own congregation had to leave early because of prior commitments, I joined some black Christians on the field who were having far more fun expressing their faith than my quieter Lutheran brethren.

Years before, when asked to preach at an inner-city church in LA, I jumped at the opportunity. Never before had I experiences a service with such a vibrant expression of one’s faith. My sermon was laced with more Amen’s and raised hands than I had experienced in 30 years in our more domesticated congregation. I treasured the women who repeatedly proclaimed, “Help him, Jesus!” I openly laughed with joy. If Jesus could do anything to improve my sermon, who was I to complain. Almost every member was black, but they were my joyous brothers and sisters in Christ.

I’m a Swedish, Christian, Conservative, White, Male AMERICAN who is thankful for the blessings of living in this amazing country. I love living in a country that passes “The Public Square Test.” You can stand on the corner, rail against any faith, policy or politician, and not be killed or jailed for your views. That’s not true in some countries.

Being preoccupied with our differences is understandable. With the freedom to disagree, to demonstrate, and to vote, the results of our differences are quite visible. The media doesn’t sell papers or get eyeballs to their programs by showing stories of races getting along. Talk shows attract listeners by featuring vocal opponents. Some politicians purposefully divide by promising “special” programs and benefits to different groups to secure votes.

Don’t let the media or politicians define the state of race in America. Use your own experience. Are you not proud to know numerous co-workers, church members, and neighbors of different races? Racial differences that are evident when you first meet rapidly fade into the background as you come to trust and appreciate a fellow American.

Justice isn’t perfect, but we work to do the best we can. The vast majority of Americans are saddened by the deaths of Michael Brown and Eric Gardner AND the deaths of Rafael Ramos and Wenjian Liu. The prayers and support for their families pour in.

Holocaust survivor, Victor Frankl, observed, “There are only two races, the decent and the indecent.” It isn’t a race thing—a political, ethnic or faith thing. Every group has irresponsible members who do wrong and embarrass the majority. As an American, if you cannot confront and hold accountable the irresponsible in your own group, you’re part of the problem.

As we launch a new year, my sermon helper might shout, “Help US Jesus!” Help us support and celebrate the decent, calm the hotheads, and hold accountable the indecent and criminal in our midst. Unite us in ensuring the same freedoms, laws, justice and opportunities for all citizens.