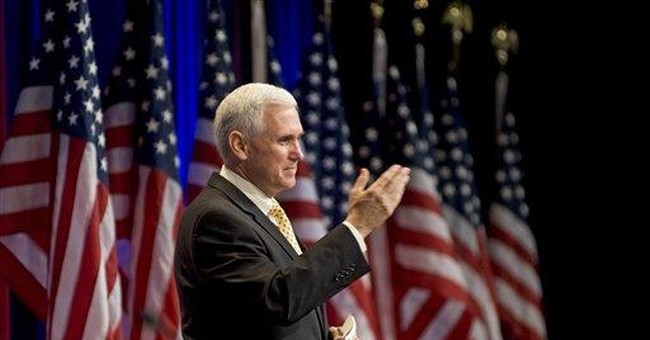 It’s time to take a stand. Many of you have already voted, but if you are still undecided, let me explain why you should vote for the most conservative candidates in this pivotal election.

This mid-term election is but one season finale in an ongoing American soap opera with ups and downs, rebounds and victories, tragedies and moments of great patriotic pride. Why is this season finale so critical?

The playing field that the winning politicians will face is daunting. Before the victors are even seated, the current players will be challenged to pass austere budgets on the federal and state level. The country faces a growing deficit, a weak economy, high unemployment, and new and existing unfunded liabilities whose costs are exploding. Making tough choices will mean pain in the form of cutbacks in services and potential loss of some government jobs and benefits.

The Democrats’ response is to run from their record and their president with campaign ads that stress personal attacks, not issues. Here are some key issues I would hope you’d consider in making your vote:

For the second straight year, the federal government has created a trillion-plus deficit, $1,290,000,000,000. In an interview with the New York Times' Peter Baker, President Obama has also admitted that a core premise of his nearly trillion-dollar stimulus package was false. He’s acknowledged that "there's no such thing as shovel-ready projects," admitting that the core premise of his nearly trillion-dollar stimulus was false. The stimulus did not create the immediate jobs planned. Vote for conservatives who will stop wasting taxpayer money!

Second, Herbert Hoover said, "Blessed are the young, for they shall inherit the national debt." Many of the young adults who voted for the president, our grandchildren, and generations not yet born are facing a national debt that is exploding. Progressive politicians make promises they can’t deliver and then send future citizens the bill. Believe in yourself, not politicians bearing entitlements they haven’t even taken the time to read before passing. There’s always “free cheese” in a mousetrap. You are seeing the result of such unaffordable promises with rioters taking to the streets in France and Greece. Vote for conservative candidates who will defund wasteful agencies, put the brakes on runaway entitlements, and work to repeal or unfund President Obama’s healthcare plan that is already proving too costly to implement.

Remember dad’s lectures, “As long as you live under my roof, you’ll live under my rules.” With 60% of Americans receiving more than they pay to the government, they’re dependent. They’re under government’s roof and subject to their rules. What don’t liberals want to control? They’re regulating everything from peanut butter to light bulbs and from fast food to carbon footprints. Is that the America you want to live in? If you want freedom, vote conservative. If you want a regulated nanny state, vote liberal.

Had enough of high taxes? Mark Twain said, “The only difference between a tax man and a taxidermist is that the taxidermist leaves the skin.” The new healthcare plan authorizes hiring 18,000 new IRS taxidermists to take more of your money. Vote for conservatives committed to keeping all taxes as low as possible and letting you spend more of your own hard-earned money.

Finally, don’t vote for any candidate who believes that America’s better days are over—global warming’s coming, more austerity and high unemployment for the foreseeable future, and future generations living at a lower standard of living than their parents.

Democrats say that Republicans have no answers. Their answer is YOU! Reagan came into office at a time of malaise and freed up American workers, investors and entrepreneurs to invent a better future and keep more of the rewards they deserved for doing so. We are America, and we are not done!

With the right incentives and policies, Americans can again lead the way in inventing the future. It won’t be immediate, but it will come. Incentives and our free enterprise American Dream still work. Let it do so again by voting for the most conservative candidates available.