The Loyal Opposition Must Care Enough to Confront-Not Demonize 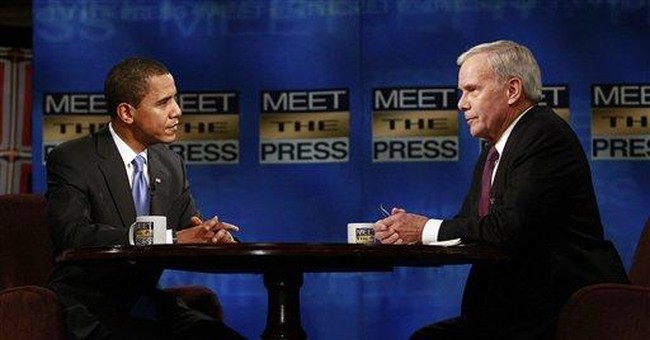 If there is one thing that Americans ought to unite on, it is our commitment to work to improve and sustain our great country. We may disagree on what path to follow, but there should be no difference in our commitment to preserve and improve this blessed republic.

Most Americans watching Obama's first post-election 60 Minutes interview would have to been impressed with his warmth, his measured responses, his temperament and many of his early priorities. He’s focused on ensuring a smooth transition for his security team and on addressing the distressed economy. His cabinet appointments are more moderate than many expected. Whether the ideas come from Lincoln, Roosevelt or Reagan, Obama is promising to work hard to make a better America.

So what does it mean to be a member of the loyal opposition? First, there should be zero tolerance for violent demonstrations or threats. Our country is built on the assumption of responsible freedom of speech. That freedom is at times noisy with the clatter of disagreement where the best answer to objectionable speech is more speech.

All presidents want to leave a legacy and translate their election victories into meaningful change. Every improvement is the result of change. Not every change is an improvement. The past will always have value, but it shouldn’t have an automatic veto. Our country must balance two priorities—take the best from the past that still works and be open to any change that will make us better.

That change-tradition tension means conflict for any vital democracy. Liberals rightly resented any suggestion that criticism of the war in Iraq made them unpatriotic. Likewise, conservatives rightly bristle when their disagreements with Obama or their support of traditional marriage are labeled as bigotry or hatred. Such attacks should invite more civil speech, not silence or aggressive attacks.

My Great uncle used to say, "When one person calls you a horse's (behind), don't worry. When four people do, buy a saddle." For a president, you have to add a few zeroes to that number, but every president will, at times, deserve that saddle! The loyal opposition must never be silent. They should care enough to confront and respectfully defend the values and policies they champion while being willing to support any president when they can.

So continue to write your letters to the editor, but try sitting on them for a day before sending. There’s too much screaming and blind cheerleading in America today. We should all express our opinions with civility and respect.

As a conservative Republican, I realize that our brand is tarnished, but you don't win people to your cause by attacking a president who has not even had a chance to govern. The blind, partisan attacks on George Bush should be an embarrassment to responsible Democrats. Let’s disagree without demonizing presidents who give so much of their lives to lead us. At times, I've confronted Bush’s policies. More often, I've supported him. I most likely will confront Obama more than I will support his actions, but he deserves respect, not blanket rejection.

When Bill Clinton took office, I started a very empowering habit of writing my president every month. That means eight years of letters to Clinton, eight years to Bush, and, soon, at least four with Barack Obama. I work to keep my letters constructive—at times supportive and at times critical. After one very supportive letter to President Clinton, I received a request for donations. I wasn’t that supportive! If you're a citizen, your president deserves to hear from you. Don't just vote; voice your views.

Harry Truman once said, "The White House is the finest prison in the world." On a campaign, you speak mostly to cheering crowds. As president, the landscape quickly changes. Some supporters become impatient—they want changes now in payback for their support. Those who lost are gearing up for battles yet to be fought.

Interviewed after an Obama campaign event in Sarasota, Florida, Peggy Joseph emotionally summarized what it means to her for Barack Obama to be president: "I never thought this day would happen. I won't have to worry about putting gas in my car. I won't have to worry about paying my mortgage. You know, if I, if I help him [Barack], he’s gonna help me!"

Obama campaigned on delivering a "changed" America. Because of the economic challenges America faces, he’s appropriately asking for patience. But because of the bailouts of the last few months, corporations and citizens are already lining up with hands outstretched. Obama won't find as many cheering crowds or endearing letters in Washington. Truman said it best, "If you want a friend in Washington, buy a dog." Obama’s plan to bring a family dog into the White House sounds like a good move in light of the high expectations he will face!

As a member of the loyal opposition, I'm ready to respectfully support him where I can and challenge were I must.