The Not-So-Long Goodbye to US Manufacturing Jobs 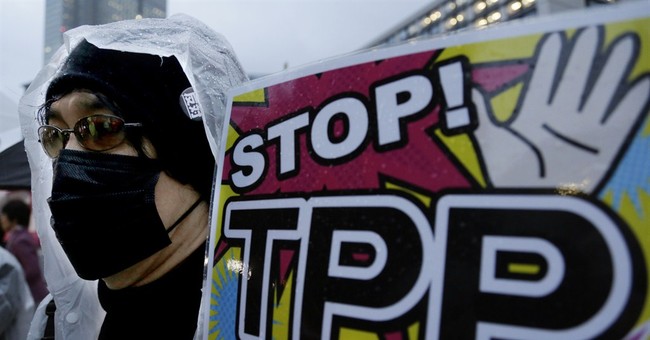 Between those two dates, the number of Americans who held a job or actively sought one increased by 52,831,000. But manufacturing jobs declined by 7,198,000.

In 1979, when manufacturing jobs peaked, households headed by Americans who had completed high school but not attended college enjoyed a median income of $54,503 in constant 2013 dollars.

Ford Motor Company recently put out a statement bragging about some jobs it will be creating that puts some perspective on this.

The statement was released April 17 -- in Mexico City.

"Ford has 11,300 employees in Mexico," said the statement. "The Ford Fiesta, Fusion and Lincoln MKZ as well as the hybrid versions of both are manufactured in Mexico. Ford also has established an Engineering Center in Mexico, which employs more than 1,100 engineers who support global projects."

That just set the foundation.

"... Ford today announced a $2.5 billion investment in two new facilities building a new generation of engines and transmissions in the states of Chihuahua and Guanjuato, respectively," the statement said.

This investment, it said, "will bring 3,800 direct new jobs plus additional indirect jobs to Mexico."

The Ford statement spoke of the U.S. as an "export" market for Ford's Mexican-built engines.

"The new engine facility is being built within Ford's Chihuahua Engine Plant, where the company will produce a new gasoline-powered engine," said Ford. "This $1.1 billion investment and 1,300 new jobs will allow Ford to export engines to the U.S., Canada, South America and the Asia-Pacific region, supporting the company's growing small car lineup."

Back in 1993, President Bill Clinton won approval for the North American Free Trade Agreement, which he pushed through Congress with a fast-track authority that required a simple majority vote in both houses. The agreement created a free-trade zone between Mexico, the United States and Canada.

Now Congress is moving to grant fast-track authority to President Obama so he can finalize negotiations on the "Trans-Pacific Partnership," and move that deal through Congress, without amendment and by simple majorities in both houses.

Six of these countries -- Mexico, Canada, Australia, Chile, Peru and Singapore -- already have free-trade agreements with the United States. So the five newcomers who will be granted free access to the U.S. market include Communist Vietnam, Malaysia, Brunei, New Zealand and Japan.

In Malaysia, which has a population of about 30 million, U.S.-controlled multinationals have already created 157,900 jobs, according to the BEA. 112,000 of those -- or about 71 percent -- are manufacturing jobs. Of those manufacturing jobs, 83,000 are in manufacturing "computers and electronic products."

Will they be releasing statements bragging about the new jobs they are about to create from somewhere in the United States of America -- or from Kuala Lumpur?