For Greater Glory -- A Movie Built to Last 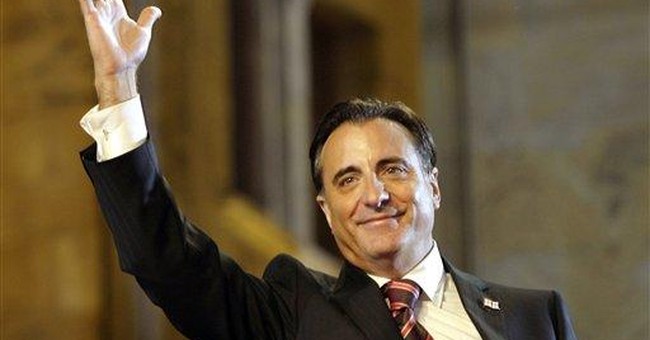 Trending
"I agree with you."

That is what actor Andy Garcia said in a recent interview when I likened his soon-to-be-released independently produced movie "For Greater Glory" to the 1966 movie "A Man for All Seasons" and made the observation that people are still watching the latter -- the story of a Catholic martyr in 16th century England -- while many other movies made in the interim will never be watched again.

Garcia was trying to explain why he believes today's Hollywood would not have made "For Greater Glory," the story of a group of Catholic martyrs in 1920s Mexico, and why, he believes, it would not make "A Man For All Seasons" either -- even though in 1966 "A Man for All Seasons" ended up winning the Academy Award for Best Picture.

In Garcia's view, this is not the result of anti-religious bias at Hollywood movies studios. It is about movie-going demographics and the profit motive.

The cast of "For Greater Glory" does not lack star power. In addition to Garcia, it features the legendary Peter O'Toole and Eva Longoria of "Desperate Housewives" fame.

Nor does it lack high-end production qualities. Some of Hollywood's greatest behind-the-cameras talent put it together. Yet, it was not what Hollywood was looking for in a movie.

"Not because of its religious concepts," said Garcia. "It's just historical dramas, they don't feel they do well in the box office. It's not the demographic of a movie like that -- is not generally what they're searching for."

"It's a difficult thing for them to market," Garcia said. "It's not that they're opposed, or did not recognize that it's a good script, or maybe it's a movie that they would actually, personally, go see. But the question is can the movie open on Friday night in 3,000 theaters and what is the money, what is the demographic that they really go after.

Hollywood may not think "For Greater Glory" will appeal to the 14-year-olds they are trying to reach, but the film itself features a 14-year-old boy whose real-life story delivers a more powerful and enduring message than any make-believe video game or cartoon ever will.

Born in 1913, Jose Sanchez Del Rio was just entering his teens when Mexican President Plutarco Elias Calles began persecuting Catholics. When a guerrilla army -- the Cristeros -- rose up to protect their freedom of religion, Jose joined in the struggle.

He became the sidekick to Gen. Enrique Gorostieta, an agnostic, played by Garcia, who, for reasons of his own, signs up to lead the Cristeros.

"They basically hire him, ask him if he will come lead the cause," Garcia explained. "Although he wasn't religious, he did have a wife who was very religious. But he did believe in the right for religious freedom and the concept of absolute freedom."

They stripped the skin off the soles of Jose's feet and forced him to walk to the local graveyard. "Once he arrived at the cemetery, Jose was asked once more if he would deny his faith," says the Vatican website. "The 14-year-old shouted out: 'Long live Christ the King!' and was summarily shot."

In 2005, Pope Benedict XVI beatified Jose Sanchez Del Rio and a dozen other Catholics martyred in 1920s Mexico. Like St. Thomas More of 16th century England, these 20th century Mexican heroes were killed by their government for refusing the government's command to act against their faith.

In 2012, Hollywood did not make the movie about Blessed Jose, Gen. Gorostieta and the Cristero rebellion. "It is being distributed independently and it's being financed independently," said Garcia. Nor could the makers of "For Greater Glory" have anticipated that less than two weeks before their movie was set to be released, 43 American Catholic dioceses and institutions -- including the archdiocese of Washington, D.C., and the University of Notre Dame -- would file 12 different lawsuits alleging that the Obama administration was attempting to force Catholics to act against their faith by commanding them to purchase and/or provide health care plans that cover sterilizations, artificial contraceptives and abortion-inducing drugs.

Even without this powerful coincidence, "For Greater Glory" would have been worth going to see and taking your children to see. Long after the politicians in power in Washington today have gone the way of Plutarco Elias Calles, Americans will still be watching this movie.

Unlike most movies made today, it tells a story built to last.