Willful Ignorance on Display in the Slavery Reparations Debate

Ted Noel
|
Posted: Jun 11, 2020 12:01 AM
Share   Tweet
The opinions expressed by columnists are their own and do not necessarily represent the views of Townhall.com. 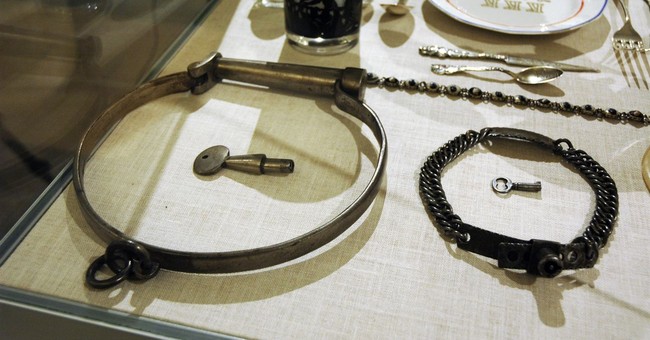 There is a fundamental presumption in law that if you were not in any way a participant in an act, you cannot be culpable for it. On the other hand, if you were aware of it and had the opportunity to stop it but did not, you can be held responsible. The George Floyd incident is illustrative.

Multiple cameras recorded Officer Chauvin with his knee on Floyd’s neck. The obvious assumption is that Chauvin is responsible for Floyd’s death. This reasonable conclusion then implicates the officers nearby, since none of them took effective action to protect Floyd. They have properly been charged as accessories.

In the June 9th edition of the Wall Street Journal, Arif Hyder Ali, an adjunct professor of law at Georgetown University declares that “International Law Demands Reparations for American Slavery.” He argues that:

“the prohibition against slavery has now achieved jus cogens—a peremptory norm, from which no derogation is permitted. This is the highest legal status in international law, and it means retroactive responsibility may be imposed on those who violated that norm.”

Somehow the Nuremberg trials of Nazis justifies this grand arrogation of power to punish entire societies for crimes no member of that society ever committed. Ali states “This is how the Nazis were prosecuted at Nuremberg: retroactively—for the jus cogens of crimes against humanity.” Of course they were… because the persons on trial committed the crimes in question. That is how all crimes are properly punished. The guilty person – the one who actually did the deed – is tried, convicted, and punished.

Let us revisit Ali’s statement. “Retroactive responsibility may be imposed on those who violated that norm.” If I enslaved another person, then released them from slavery, under Ali’s premise, I should pay reparations for the period of slavery. So far we have no disagreement. I did the deed. I pay the freight.

But then Ali makes a massive logical jump. Three jumps, actually. The first is that he completely ignores current slavery worldwide, particularly in Islamic societies. The second is closer to home. He states “the U.S. is bound by international law.” This is a stunning statement by someone whose primary employer is just blocks from the White House and a similar distance from the Supreme Court. The highest law in the United States is the Constitution. Period. Full stop.

We hear the term “international law” frequently from commentators on foreign policy. They treat it as if it had reality. But it is a legal fiction. Legally enforceable international standards come from treaties. And those treaties are all limited by the controlling law in the party states. That means the US Constitution and statutes in conformity with it are the governing law for the US. Further, the US is not a member of the International Criminal Court in The Hague. So any rulings of that Court have no bearing on matters inside the US.

The final leap made by Ali is an Evel Knievel flight over the Snake River Canyon. Ali has established no connection between any living person and the institution that ended over 150 years ago, yet he declares that the mechanism of reparations is flexible and that no objections can possibly stand due to that flexibility. Somehow his non-sequitur “defeats the argument that the cost of reparations can’t be imposed on society as a whole for a crime that a minority committed centuries ago.” Really?

Every example of reparations Ali proffers is one that is in immediate proximity to both the events and perpetrators. Germany’s Holocaust genocide led to pensions for survivors. Victims of Pinochet’s purges in Chile got health care. The list goes on. But not one of his supposed examples is remotely similar to the American experience. And we already paid proper reparations, in both temporal and spatial proximity.

General Sherman’s Special Field Order #15 granted forty acres of land to freed slaves, and the Army then gave them mules to till the land. This was reparations, proximate in time and space. Other acts of reparation continued under President Grant during Reconstruction. The fact that much of this was reversed by acts of Democrats in the Ku Klux Klan does not change the facts. Proper reparations were already made. Resistance by Democrats casts culpability on them, not society as a whole.

But the Southern Democrats who wrote the Jim Crow laws aren’t alive. Bull Connor is dead. Almost all of those who killed Freedom Riders are also gone. And there haven’t been any ex-slaves around for decades. Alabama hasn’t had any Confederate widows to take care of for a long time.

So how far back would Ali take us? Would he force descendants of African slave-holders to pay the bill for the slaves they sold into the Triangle Trade centuries ago? And why should I, the descendant of northern Europeans who never held a single slave be forced to pay for anything?

Let us be clear. “Reparations” is a fancy way of taking “restitution” out of the discussion. But the law recognizes only restitution. If something has been taken or despoiled, the law may require it to be restored. But has freedom or property been taken from any living slaves? If freedom or property have not been stolen, then there is nothing to restore.

Professor Ali is willfully blind in his distortion of legal principles in his effort to put lipstick on his legal pig. No, I’m not a lawyer, but I do see clearly. If I commit a crime, then I have to do the time. But making me pay because my second cousin’s girlfriend’s great-grandfather knew someone who did is criminal on its face.

Jus cogens describes an internationally recognized norm. But efforts to codify it have been largely fruitless. Using a Latin term to create an aura of authenticity to cover for one’s willful blindness is a form of deception we should reject out of hand. “Reparations for slavery” is not, and never will be, legally sane.