Preparing for a Rainy Year: How Nebraska was Prepared for COVID-19

Tarren Bragdon
|
Posted: Jul 14, 2020 12:01 AM
Share   Tweet
The opinions expressed by columnists are their own and do not necessarily represent the views of Townhall.com. 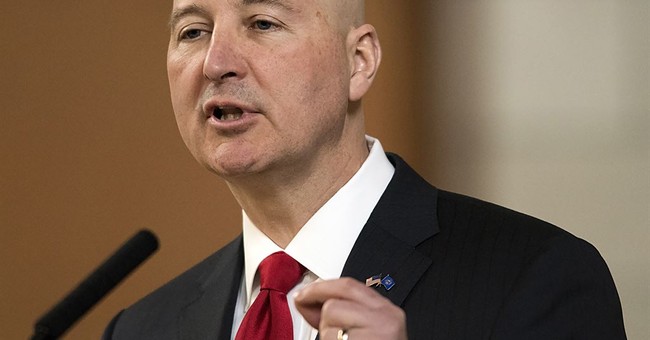 For most Americans, COVID-19 and the economic aftermath was a huge shock. Our economy was booming, unemployment was at historic lows—and then suddenly everything was closed. The shock of the suddenness of this change is only exacerbated by the economic realities facing families across the country. As of 2019, roughly half of the country didn’t have $400 in emergency savings, even during times of prosperity. It’s a startling reminder to plan today for tomorrow’s troubles.

For most of us, this lesson is applied to our lives by putting money into a savings account and preparing for a rainy day. The implications fall on us and our families, alone. But for Governor Pete Ricketts of Nebraska, his efforts to store up strong work policies during good economic times are paying dividends for the whole state. When more Americans are out of work and collecting unemployment benefits than ever before, Nebraska boasts the third-lowest unemployment rate in the nation and the sixth-best unemployment trust fund.

So how was Nebraska so prepared?

Over the course of his administration, Gov. Ricketts has been reshaping Nebraskan public policy to focus on reemployment instead of unemployment. Welfare programs have been reformed to promote work and training for food stamp recipients, and those receiving unemployment benefits have been encouraged to continue searching for a job. On the business front, Gov. Ricketts has sought to eliminate barriers to work through occupational licensing reform and other regulatory relief measures that promote work and business opportunities.

Combined, these efforts have put more Nebraskans on a pathway to independence and fortified the state’s economy long before the COVID-19 pandemic began.

Unlike the ants in Aesop’s Fables who anticipated winter every year, Gov. Ricketts could not have foreseen a global pandemic and economic slowdown the likes of which we’ve experienced this year. Instead, his efforts to lay a foundation of pro-work policies in Nebraska come from a strong belief in the power of work to lift individuals out of poverty and advance families to reach their own American dream. And the truth is, all Americans deserve the kind of solutions that Gov. Ricketts is promoting—more jobs, better jobs, and less government dependency.

While not every state was as prepared for trouble as Nebraska has been, we know that it’s never too late to put public policy on the right path by promoting work and opposing measures that will keep us from returning to a roaring economy.

Now is not the time for government bailouts, higher taxes, or a government system that makes welfare more attractive than work, yet these are the so-called solutions many policymakers are advancing in the wake of COVID-19. Already, Congress has paid out billions and instituted a $600 a month bonus for unemployment insurance—making it more profitable for many Americans to stay at home rather than return to work. This measure alone will keep the economy from regaining strength as businesses cannot rehire workers and states’ budgets continue to bleed without revenues.

Instead, now is the time to stand strong for work. Congress should act quickly to repeal the unnecessary bonus to unemployment insurance and keep clear of irresponsible requests for further bailouts. Additionally, many states—including Nebraska—have taken positive steps to increase flexibility and promote more consumer choice during this public health crisis. Gov. Ricketts acted swiftly to temporarily remove certain scope of practice restrictions, waive state licensing requirements for medical personnel licensed in another state, and grant retired medical professionals the ability to reactive their license. These reforms have connected more individuals with needed medical care—including care unrelated to COVID-19—and should be made permanent across the board to further promote access to health care.

If the COVID-19 pandemic and resulting economic lockdown have taught us anything, it’s that policy choice, including those before disaster strikes, matter. I applaud Gov. Ricketts for his responsible leadership and urge more lawmakers to follow his example by promoting work and independence as both a preventative measure and a cure for economic hardship.