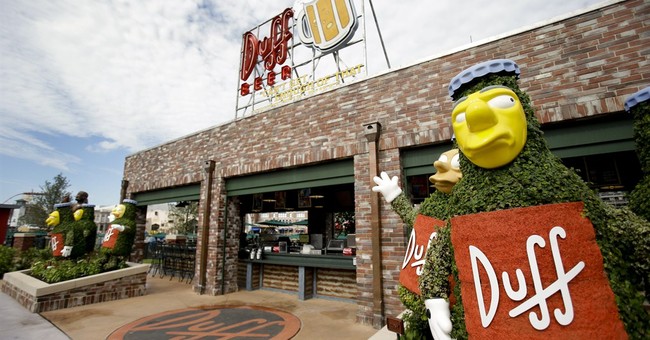 I’ve taken a lot of flak from establishment media types and angry federal employees for my contention that the hullabaloo over the so-called government “shutdown” is excessive. The fact is most government activities have not stopped and most government employees continue to work. However, one activity that has stopped – and, man, this is personal – is the approval of new beer labels and recipes.

From USA Today (tip of the hat to my dad):

All new beers that get bottled or canned to be sold across state lines must be approved by the Alcohol and Tobacco Tax and Trade Bureau, known in the industry as the TTB. Federal workers must approve the label, as well as the recipe if it uses non-traditional ingredients, which many seasonal beers contain. While the TTB has stopped approving new recipes and labels, workers there are still collecting brewery taxes.

Of course the feds are still collecting the taxes. In fact, big government and alcohol taxation is an American tradition!

In 1791, Congress passed an excise tax on whiskey at the behest of Treasury secretary Alexander Hamilton. The burden of the tax fell unevenly on small-scale distillers in the frontier lands west of the Appalachians where whiskey’s importance was such that it was used as a medium of exchange. The tax spurred civil unrest in the west, which led to the so-called “Whiskey Rebellion.” At Hamilton’s prodding, President George Washington deployed troops to quell the insurrection in western Pennsylvania. Some historians believe that the entire affair was orchestrated by Hamilton to solidify the federal government’s new taxing authority, and thus establish federal control over the nation’s economy. Victory, Hamilton.

(Note: “Crony Capitalism” is nothing new in this country. The large distillers in the more economically-developed east recognized the competitive advantage it gave them over the small producers and supported the tax.)

Beer enthusiasts of a partisan stripe might be tempted to point the finger at Republicans or Democrats for the shutdown-induced disruption. But take a look at the mind-numbing federal regulations on beer that have accumulated under the watch of both parties. The regulations for bottle labeling alone are enough to make one’s eyes glaze over.