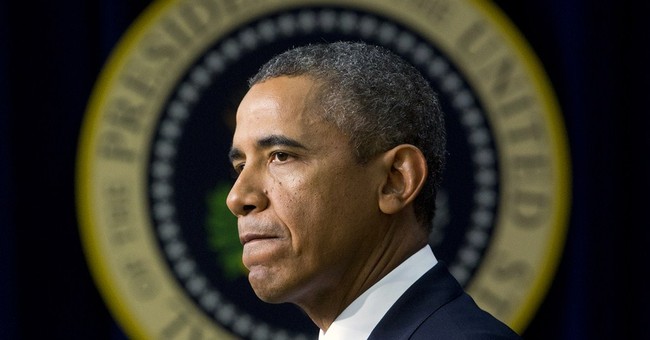 It’s looking like it will take a week or more for Republicans and Democrats to reach an agreement to “reopen” the federal government. Regardless, with each passing hour a resolution necessarily becomes closer at hand because a so-called “government shutdown” effectively means that a budgetary impasse in our two-party dominated system has reached the end stage.

So while it is true that some of the federal leviathan’s tentacles will take a brief respite, its reach into practically every facet of our lives will continue largely uninterrupted.

Unfortunately, one of those tentacles that will live to see another day is Obamacare. As a libertarian, I would obviously like to see it completely dismantled. But the political environment is not friendly to this stated aim of House Republicans. Democrats still control the Senate and the law also happens to be the current White House occupant’s signature policy “achievement.” It would take overwhelming public opposition against reopening the government with Obamacare in place for the president to even consider agreeing to such a deal. The law might not be popular, but neither is shutting down the government over it. A mainstream media that is less sympathetic to an interventionist federal government would be helpful to the House Republican cause, but the opposite is reality.

The good news for those of us who want less government is that Democrats have already agreed to support a continuing resolution at a funding level that is lower than they originally desired. Although I was initially concerned that the opposite would be the case, the House GOP’s willingness to go to the mat over Obamacare probably enabled this small win for taxpayers.

As it stands, Democrats are willing to fund those portions of the government that require annual appropriations at $986 billion (on an annualized basis), which is essentially the same figure that the House GOP proposed. On the downside, because that figure originally proposed by the GOP would still be above that which the still-in-effect sequestration would allow for the new fiscal year ($967 billion), the stage would be set for another round of wailing and gnashing of teeth over the mandatory cuts in January.

January is a relatively long time away, however, and other issues will need to be addressed first. According to the Office of Management and Budget, the $16.7 trillion statutory debt ceiling will need to be raised by October 17th. In fact, there is growing sentiment on the Hill that a resolution of the government shutdown will involve a resolution of the rapidly approaching debt limit issue. Seemingly grinding its gears in their multiple attempts to extract concessions from Democrats in exchange for opening the government, it is hard for this analyst to envision a scenario in which the GOP will be able to extract anything of substance from the Democratic opposition on the debt limit front either.

That would be a shame if true because the federal government’s long-term financial situation remains bleak. The president and his Democratic allies in Congress appear intent on relying on the conventional belief that the GOP will be blamed for any negative repercussions associated with both the government shutdown and a potential breach of the debt limit. It is true that congressional Republicans are lacking in sincerity when it comes to reining in the size and scope of the federal government. It is also true that that the GOP’s lack of sincerity is paired with a woeful inability to articulate to the public even a semi-coherent case for a smaller federal footprint. Regardless, the Democrats’ continued insistence on a “what, me worry?” posture on the federal government’s fiscal future should be viewed as more disconcerting than the current government (non)-shutdown.