Americans’ Faith in Government Is Waning - and That’s Good 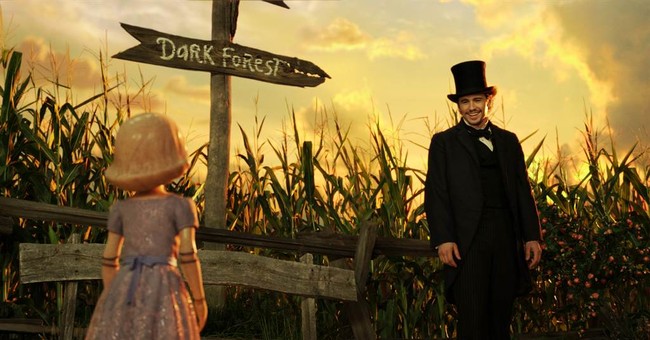 A Gallup poll released last week revealed good news: Americans’ confidence in the federal government’s ability to handle foreign and domestic problems has reached an all-time low. In both areas, a minority of those polled said that they had either a great deal or fair amount of confidence in Uncle Sam.

Skepticism of government is as American as apple pie. The experiment that is the United States was borne out of a colonial revolution against an overbearing master. As the decades have passed, however, the federal government has steadily acquired powers that are vastly beyond what was intended by our founding Constitution. And like a frog in pot of water that is slowly brought a boil, Americans have become acclimated to a world in which the federal government intrudes into every nook and cranny of our lives.

In his seminal work, Crisis and Leviathan, economist Robert Higgs demonstrated that government grows in times of crisis — perceived or real. When the crisis abates, however, the government does not fully recede to pre-crisis levels. In recent years, this upward “ratcheting effect” was exemplified by the massive expansion of federal power in the wake of the Sept. 11, 2011 terrorist attacks. Indeed, the Gallup poll shows that faith in the federal government’s ability to handle foreign problems peaked following 9/11. Angry and scared, Americans instinctively turned to the politicians in Washington and said “do something.” Now, we live in a country where the government can read our emails, listen to our phone conversations, and monitor our every move with satellites and drones.

The public’s “do something” mentality resurfaced with the onset of the economic crisis. Once again, angry and scared, Americans turned to Washington for a solution to a problem that was engineered, in large part, by misbegotten federal policies. With unemployment rising, policymakers rushed to implement policies that they promised would “create jobs.” The result was annual federal deficits in excess of $1 trillion, mounting federal debt, and the rise of so-called “crony capitalism.” In sum, a heavy price was paid by current (and future) Americans for what is widely considered to be an exceptionally weak economic recovery.

I would like to believe that, having been badly burned in recent years, the Gallup poll reflects a growing recognition by the public that there is no Wizard of Oz residing in Washington. Indeed, having worked in both federal and state government, I can assure readers from first-hand experience that there are only fallible human beings behind the curtain.

Perhaps Americans are finally realizing that rather than making us safer, constant foreign interventionism has largely succeeded in turning the American people into targets. And perhaps there is growing recognition that politicians cannot simply “create jobs” out of thin air — the tax revenue that the federal government showers on politically favored individuals and industries necessarily comes at the expense of other entrepreneurs and other “job creators.”

I hope that is the case.

Alas, it may just be that Americans’ waning faith in government merely represents fatigue with the seemingly endless political discord in Washington. The rise of partisan media outlets has led many Americans to view the battles between Republicans and Democrats as being one of good versus evil. For example, the previous Republican administration of George W. Bush either supported, or laid the foundation for, numerous policies championed by the Obama administration. But Republicans weren’t crying “socialism!” when it was their party that held the White House (Democrats have been equally guilty of such blind favoritism).

Even if the growing lack of faith in government is mainly just “Washington fatigue,” it’s still a positive development. Let’s hope the circus-like atmosphere in Washington over passing a budget, raising the debt ceiling and Syria will cause even more Americans to question why so much power and money has been placed in the hands of imperfect (to put it politely) men and women.

This article appeared in the Indianapolis Star