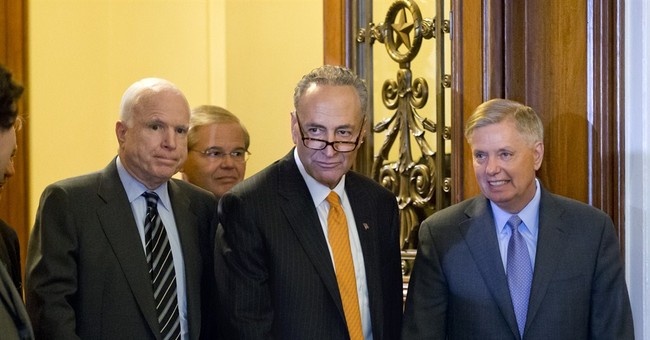 An issue with my paper on corporate welfare in the federal budget is that cases can be made for other expenditures not on the list. A prime example would be Pentagon weapons procurement. I’ll simply say that deciding what counts and what doesn’t is complicated.

The New York Times has another example of what could be considered a form of corporate welfare: excessive federal reimbursement rates for anti-anemia drugs used by dialysis centers. This snippet provides the background:

The multibillion-dollar dialysis industry has been accused  by medical researchers and former employees of putting a higher priority on profits than on care before, giving patients for many years too many doses of the expensive anti-anemia drug Epogen to collect higher reimbursements — allegations the companies have strongly disputed.

The excessive payments to the companies since 2011 came about, in fact, as the federal government tried to create a single bundled payment for each patient visit. The idea was to eliminate the incentive to prescribe too many doses of Epogen, which medical research showed was harming patients.

With the profit incentive gone, use of Epogen dropped even more than the federal government expected. So the amount of money set aside in the new bundle exceeded the cost of the drugs, two separate federal audits in the last year have shown.

The industry, as a result, has collected an extra $530 million to $880 million a year in federal payments since 2011, compared with the actual use of Epogen and other dialysis drugs. That is the windfall that Congress ordered Health and Human Services to eliminate in January.

Thanks to a massive lobbying campaign from the dialysis industry ($8 million since 2009), Congress is now considering giving back the taxpayer-financed windfall. According to theTimes, “more than 100 of the same members of Congress who voted in January to impose the cut are now trying to push the Obama administration to reverse it or water it down.” Leading the charge to reverse the cuts are “lawmakers who are among the top recipients of campaign contributions from the industry, including Representatives John Lewis, a Georgia Democrat, and John M. Shimkus, an Illinois Republican, as well as Mr. [Ben] Lujan [D-NM].”

And, surprise, the effort is bipartisan:

The full-court press has energized Congress. A broad coalition, including conservative Republicans and liberal Democrats and many in between, has joined the industry appeal, with 205 members of the House alone signing a letter this month to the Medicare administrator asking her to reconsider the proposed cut. Half of those signers voted in favor of the cut in January.

In sum, Republicans are teaming up with Democrats to keep the taxpayer dollars flowing to a special interest.

It’s just another day in the Beltway.