Unexpected Costs of Total War Between the Sexes

Suzanne Fields
|
Posted: Apr 12, 2019 9:10 AM
Share   Tweet
The opinions expressed by columnists are their own and do not necessarily represent the views of Townhall.com. 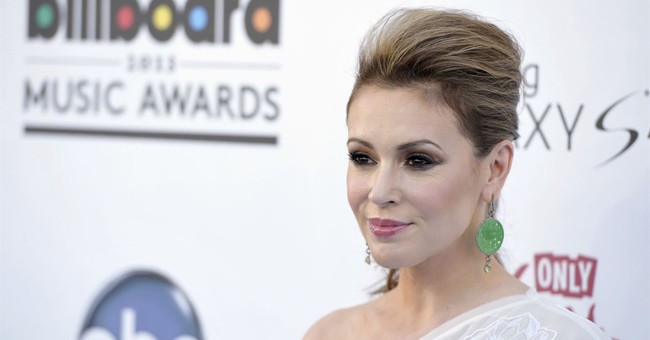 Between the sexual revolution of the 1960s and the #MeToo movement of the present day lies a battlefield strewn with bodies and minds battered by the changing weapons of physical and psychological destruction. The war between the sexes, like all wars, exacts an unexpected price.

Between rape -- a crime that not so long ago was punished at the end of a rope or a seat in the electric chair -- and something one cynic describes as "about the equivalent of shoplifting" lies a multitude of sexual harassment interpretations.

Swiftly changing sexual mores define the cultural and political "gotchas" and confuse and confound men and women who often talk to one another as if speaking in different tongues. A romantic encounter that seems safe enough in its opening stage can overnight be perceived as perverse and pornographic as two people discover their differences and dislikes. Confusing cues and ambiguous signals between sexual strangers move forward on a changing spectrum of perception, from deeply sensitive to censoriously inappropriate, from emancipated and liberated to what their grandmothers would decry "Oh, you cad."

How did this happen? That's the subject for a book, not a column, but in a provocative article in the conservative journal First Things, published by the Institute on Religion and Public Life, Katherine Kersten blames "false feminism," where there has emerged a serious disconnect between women's feverish attention to sexual impropriety on the part of men at the same time they embrace the nation's sex-drenched popular culture that demeans and hypersexualizes women.

"Movies, television shows, and video games routinely depict women as male playthings, and women willingly buy into it," she writes. "Indeed, the best-selling women's magazine, Cosmopolitan, coaches them in how to project sexual desirability and availability to men -- how to make themselves 'hot.'"

Kersten, a senior policy fellow at the Center of the American Experiment in Minneapolis, cites chapter and verse of female doublethink and hypocrisy. Hillary Clinton, a feminist heroine, saw no hypocrisy in mocking President Trump in a video with raunchy rappers Snoop Dogg and D.J. Khaled. Clinton had suffered her own disconnect with sexual conflict by dismissing sexual abuse accusations -- one of them a credible accusation of rape -- against her husband just as she won praise from feminists for championing women's causes.

Emily Ratajkowski, a popular actress and model, drew media attention when she was arrested for disrupting the confirmation hearings for Brett Kavanaugh, where she imagined unsubstantiated sexual accusations against the judge would disqualify him for a seat on the U.S. Supreme Court. But neither her fans nor her supporters, writes Katherine Kersten, saw any irony in her having launched her career dancing nude in an R&B music video and "arousing the male libido that fires the 'rape culture' she deplores."

There may be no credible link between the rough and randy pop culture and unwanted sexual aggression. But the sexual revolution blurred the differences between men and women and their intimate responses to one another at the same that the campaign for equal rights for women flattened the perception of sexual differences. In the intimacy of sexual congress, a man and a woman may be equal in their minds but not in the act. When it comes to sex, Jessica Bennett, who is something called the "gender editor" at The New York Times, argues that the two sexes have "wildly different understandings of consent."

Many women are resigned to just go with the flow, despite their disinclinations, because it's easier than fighting off the man. In one learned study, where 61 percent of the men were confident they could accurately read their mating partner's silent affirmative gestures, only 10 percent of the women said they gave their consent with their body language.

Some of today's confusion is the result of the parallel but paradoxical appeals of sexual liberation and feminism. Sexual liberation embraces doin' what comes naturally, and feminism emphasizes equality where the participants by their nature are simply different. Feminism, despite its aims, undermines the female ability to successfully confront the challenges of the sexual free-for-all by persuading women to think of themselves both as equal and helpless. Men of good will increasingly fear guilt by accusation without due process and worry over entering into a relationship, lest it later be characterized as nonconsensual.

"#MeToo," concludes Kersten, is the wrong response to a serious problem. The women of #MeToo blame sexual indignities on toxic masculinity and the rape culture, when they ought to look as well at their own responsibility to confront the excesses of runaway liberation. You don't have to be Grandma Grundy to deplore that.