Suzanne Fields
|
Posted: Mar 01, 2019 12:01 AM
Share   Tweet
The opinions expressed by columnists are their own and do not necessarily represent the views of Townhall.com. 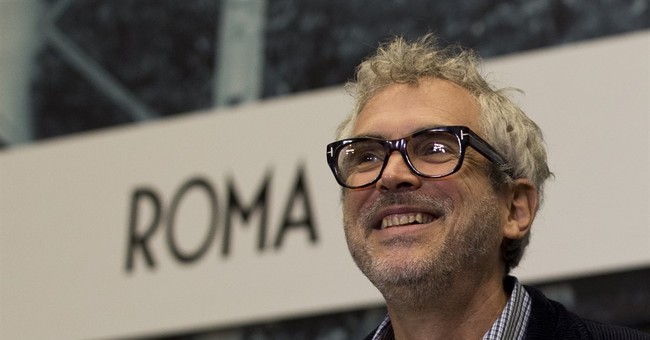 We've survived another spectacle of the Academy Awards, with the protesters and the preeners celebrating politics, talent and craft. We watched a lot of posers with attitude.

Academy Awards night is a night at the soap opera, comic and sad, where actors without a script written for them indulge a little self-aggrandizing, thanking friends and family from lists bordering on the absurd. Think Olivia Colman receiving the best actress award and praising Glenn Close as though she thought Close should be standing in her place. (So did we.)

If, as Aristotle told us, spectacle is the lowest form of theater, it gets its hour in the eye of the camera. This annual ceremony reflects the zeitgeist for better and for worse, which critics love to itemize through the haze of hangover the next morning. Hype gets harder to exaggerate. Real-life politics intrudes, competing as a spectacle of its own, as we saw this week in the hearings on Capitol Hill.

Still, it's important to separate the chaff from the wheat, the faux from the truth, the "fake news" from the honest art. Not always easy to do, and we have to be careful not to throw the wheat to the wind and keep the chaff.

If the Mexican movie "Roma," for example, wasn't of such quality, we might imagine that the Academy chose it as best foreign film and named Alfonso Cuaron best director just to spite Donald Trump. Who doesn't recall that moment in June 2015 when President Trump launched his campaign for the presidency, describing Mexicans as being sent to America to cleanse Mexico of criminals and druggies? "They're even rapists," he said, adding as afterthought, "And some, I assume, are good people."

Well, "Roma" is a beautiful film with sympathy and depth, a glimpse of the life of one of those good people, a domestic servant who keeps her employer's house clean and takes loving care of her children. It's art that touches the heart and does what good movie drama is meant to do: show human beings in full. It even offers a rare sympathetic portrait of the wealthy woman who hired her.

Spike Lee, the memorable presence at this year's Academy Awards, jumped into the male presenter's arms when he finally got his first Oscar, for best adapted screenplay. He gave a moving speech about his grandmother, the daughter of a slave, who put him through college. His appeal to the audience was for us to be on the right side of history, to make "make the moral choice between love versus hate." That meant a ritual dig at the president, whose name he didn't mention.

Neither did anybody else. This absence was upstaged by another name that hovered close but went unmentioned. No one called out Jussie Smollet, who cried not wolf but hate in a well-publicized homophobic and racist attack Chicago police now say was staged. How could everyone miss mentioning what for days was characterized by all the "progressives," including California's Sen. Kamala Harris, as "a modern lynching"?

Someone might have conceded that Smollett, after all, is "one of us," only acting on the smaller screen. But the attention of the gang was focused on denigrating "Green Book," acclaimed as the best picture, a film that celebrates how a deep friendship can develop between a black man and a white man who throw off their prejudices. Real life can sometimes do that. That's what identity politics is meant to accomplish, but that didn't fit this year's narrative.

"Green Book" is by no means a perfect movie, but neither is it simply a feel-good black-white buddy movie, as some hyperventilating critics say it is. Lee, so angry that "Green Book" won best picture, walked up the aisle to leave only to turn back. Then he turned his back to the stage, where "Green Book" was being honored. Bad show, Spike.

Movies, alas, have become less a source of thoughtful entertainment than whether they fit neatly into a politically correct narrative. Barbra Streisand, in remarks about Spike Lee's "BlacKkKlansman," insisted that racism as depicted in the movie is as ugly and relevant now as it was in the 1970s, that nothing has changed. Does she really believe that?

There's a memorable and tender moment in "Green Book" that cuts through racism. Tony, the roughly educated white man, is struggling to write a letter home to his wife. The classically educated black pianist helps him by adding a little poetry to his feelings.

When Tony wants to add a "P.S.," the sophisticated pianist tells him with affectionate whimsy, "that's like clanging a cowbell at the end of Shostakovich's Seventh." "Sure," Tony says. Cut to Tony's wife proudly reading the letter aloud to her family. Sometimes affection and understanding do clang like a cowbell. Shostakovich would understand.

Write to Suzanne Fields at suzannefields2000@gmail.com. Suzanne Fields is currently working on a book that will revisit John Milton's "Paradise Lost."