Suzanne Fields
|
Posted: Mar 16, 2018 12:01 AM
Share   Tweet
The opinions expressed by columnists are their own and do not necessarily represent the views of Townhall.com. 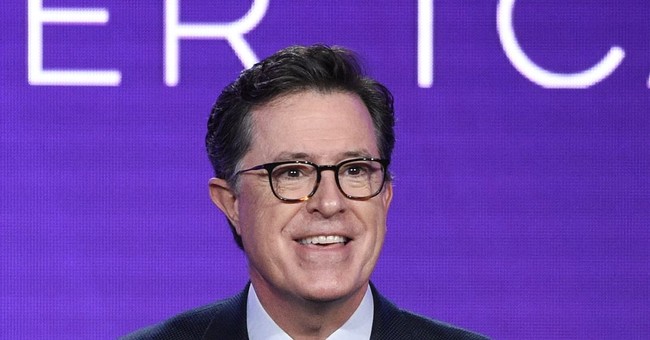 When talking politics, online or in person, you don't often hear anything about the "magnificent middle." You hear epithets like the "dirtbag left" or the "wicked alt-right," and all of the ugly, free associations with references to commies and fascists, loonies and wackos. Moderation is mush; even-handedness is stupid considering two sides of an issue is so 20th century (or maybe 19th). Only one side could possibly be right.

Arrogance and self-righteousness reign everywhere -- and rain, too.

Politics has always been a blood sport, and we're accustomed to watching red and blue gladiators, but now that everybody's a pundit, human cockfighters and their respective followers are mad and mean 24/7. There's no timeout. It's hard to figure out how this came about, but you can't blame it on President Trump. He merely tapped into great dissatisfaction with the powers that be. A ravenous cable TV with time to fill and a social media urgently demanding reaction to everything in 140 characters did the rest. Tweets race from brain to finger without a serious thought for reflection.

Marshall McLuhan said the "medium is the message," but that's ancient history. The message today is in the air we inhale. Everybody talks in bursts of short sentences, like comic book characters. Instead of word bubbles over the characters' heads there's the tap-tap-tap on a digital keyboard.

Over a decade has passed since Stephen Colbert, a political jester on Comedy Central, coined the term "truthiness" to poke fun at then-President George W. Bush's facts. The American Dialect Society designated it "word of the year," reflecting the zeitgeist in 2005. Truthiness was thinking with your heart and intuition, being unburdened by facts and logic. Factoids -- Norman Mailer's inspired word for something that looks like a fact and sounds like a fact but, in fact, is not a fact -- pushed aside the real things.

Truth in a media-saturated world began to change dangerously when information was no longer delivered by the written word, by newspapers and magazines with editors who held reporters to a strict standard for getting the who, what, why, where and how into the story. "If your mother says she loves you, check it out" went the Chicago City News Bureau warning. The modern lead of a story is often shaded toward advocacy, trying to shape the reader's attention before a single fact is put to ink. On the front page and TV screen, angry rhetoric determines point of view, placement and the flow of the stories. Editorial pages and the work of pundits struggle to keep up.

Anecdotes become the sugar that helps the medicine go down, often replacing hard reporting. Oprah Winfrey, a master of drawing out the emotional truth in the lives of ordinary people and driver of television's daytime drivel, has become the designer of the news. Megyn Kelly, once a hard-hitting commentator on the news on Fox, moved to NBC News to deliver breathless celebrity interviews about the intimacies of their personal lives. Her ratings took off after the Harvey Weinstein scandals broke and #MeToo victims went to her with their tales of woe and racy revelations.

In fact, the harassment scandals, as important as they can be, have defined news standards down, establishing guilt in the public eye and dispensing the sordid facts behind the accusations. Three scholars at the Massachusetts Institute of Technology analyzed 126,000 Twitter "cascades" (unbroken chains of retweets from a common origin) and discovered that false stories ("fake news," some call it) spread significantly farther and faster than tweets of truth, proving again the old maxim variously attributed to Jonathan Swift, Mark Twain and former British Prime Minister Winston Churchill: "A lie can travel halfway around the world while the truth is still putting on its shoes."

George Orwell created a Ministry of Truth in "1984," his novel about the control of human behavior through the manipulation of lies. Orwell could hardly imagine our ministries of truthiness, uncontrolled and chaotic, and the digital tweets of false stories that titillate and appeal to polarizing points of view, spreading easily at the mere touch of the fingertips.

Research into Twitter trends of false stories is just beginning. MIT professor Sinan Aral, one of the three who who co-authored the study, warns that the study of behavioral and psychological incentives for spreading false stories is needed to blunt and bend the trend. Truthiness and factoids appeal to the human craving for novelty and sensation, and advertisers crave the wider diffusion of stories, whether true or false, to attract eyes to their wares.

There's a risk. "Some notion of truth is central to the proper functioning of nearly every realm of human endeavor," Aral writes in The New York Times. "If we allow the world to be consumed by falsity, we are inviting catastrophe." Can anyone doubt it?