A Nation Divided By Identity Politics

Suzanne Fields  |  Aug 25, 2017
The opinions expressed by columnists are their own and do not necessarily represent the views of Townhall.com.
Top Columns
Trending on Townhall Media 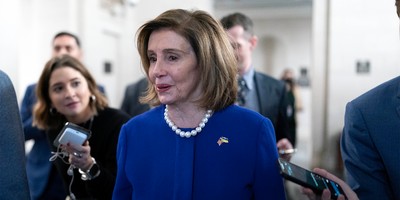 Action and reaction can be creative as well as destructive, but the rhetoric of a generation often overstates what it's for and what it's against, galvanizing each side to take issue with the other. We called the generation that survived the Great Depression to fight and win World War II "the greatest generation" because good and evil were so clear-cut and, as British Prime Minister Winston Churchill put it in his tribute to the Royal Air Force during the Battle of Britain, "never in the field of human conflict was so much owed by so many to so few."

Leaders then were not perfect, but they had the intellect, information and passion for the good fight and could galvanize the home front. The newspapers, newsreels (television was hardly a gleam in anybody's eye) and President Franklin Delano Roosevelt's fireside chats on the radio soothed rational fears and stoked public confidence.

Now we're embroiled in domestic wars of a different kind, and the younger generations challenge democracy from within. They even march against free speech, making the protection of the fragile First Amendment evermore difficult. President Donald Trump does not have the gift of reassurance required for uniting people. His initial remarks about the conflict in Charlottesville, Virginia, though distorted by the media, deepened alienation even after he corrected course with firm condemnations of hatred, bigotry and violence.

Identity politics thrives on division, and the president has become the icon of a divided nation. These divisions became clear in the 2016 election campaign as Trump mocked the elites and Hillary Clinton scorned the "deplorables." Both jeered with a sneer, appealing to a low common denominator of resentment.

Democrats had designated minorities and women as victims, and as Harvey Mansfield observes in Commentary Magazine, no Republican except Trump could exploit the weakness and absurdities of political correctness with the labels he put on the Democrats' designated constituencies for special favor in awarding jobs, honors and benefits.

"Without saying so -- for in this Trump was cautious and prudent -- he began to mobilize a white community to match the long-existing 'black community,' thus turning the strategy of identity against itself," Mansfield writes. "It was now Trump voters who were encouraged to think themselves marginalized."

Clinton's tin ear sealed her doom. Speaking at a town hall in Columbus, Ohio, she thrust her knife deep into miners' hearts. "We're going to put a lot of coal miners and coal companies out of business," she said. She later apologized to the miners who had already taken her measure. Her cold insensitivity became emblematic of Democratic identity politics and extended beyond the miners to all those who had lost their jobs when factories fled in hot pursuit of cheap labor abroad. Her tin ear recalled in paraphrase Shylock's speech in the "The Merchant of Venice," only with the word "Jew" replaced by the word "worker." Those in the Rust Belt who tipped the election could say, "If you prick us, do we not bleed?"

Trump exploited and exaggerated to great effect the newly perceived victims with the implication that many of these men and women, mostly white, were punished just as blacks were punished by racism. This was hardly more egregious than Clinton's radical feminists claiming moral equivalence with victimized blacks -- prosperous middle-class women demanding "liberation" from what seemed to the Rust Belt to be a pretty good life. Even the Donald's vulgarity and indecent insults sounded to many as merely "telling it like it is."

The endless war in Afghanistan does not have the moral clarity of World War II, when everything here as well as there was at stake. The president eloquently made the case this week that "a hasty withdrawal would create a vacuum for terrorists, including ISIS and al Qaeda." It was a useful reminder to all that "a wound inflicted upon a single member of our community is a wound inflicted upon us all," and that "When one part of America hurts, we all hurt."

He offered a deeply moving prescription for dissolving that hurt. "Let us make a simple promise to the men and women we ask to fight in our name, that when they return home from battle, they will find a country that has renewed the sacred bonds of love and loyalty that unite us together as one," he said.

That's an unaccustomed idealism coming from Donald Trump, a man of erratic temperament who rarely shows such introspection or invokes the grander emotions. But it's a worthy invocation nonetheless from the president of the United States.