Changing at the Speed of Light

Suzanne Fields
|
Posted: Jul 29, 2016 12:01 AM
Share   Tweet
The opinions expressed by columnists are their own and do not necessarily represent the views of Townhall.com. 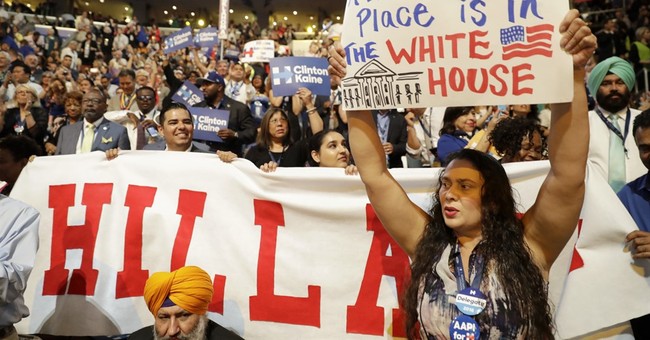 Trending
Sexual politics continue to change at the speed of light. Some men get it, others don't. Among those who don't is Roger Ailes, former CEO of Fox News, who thought he could continue to star in an episode of "Mad Men" long after the sitcom and the era it represented passed its sell-by date.

No matter how powerful Ailes was in creating a network that elevated women to the equal status of men and soared ratings, the Svengali of Fox cable television was trapped in a time warp of his own making, thinking the male executive could continue to dictate as a predatory chauvinist. When "sex" was changed to "gender," except when coupled with "harassment," he was on the wrong side of "herstory." Women had the A-bomb and Roger never noticed.

Change in sexual politics, like change in all politics, is no longer measured in generations. It's determined by technological innovation and the swiftness of communication in social media. The phrase "the medium is the message," coined by Marshall McLuhan in 1964, has become "the messenger is the message." Time was up for Roger the messenger.

Younger women who relish the power bequeathed to them by older feminists exercise it differently than their older sisters. The first woman who has a real chance of becoming president is not so important to them as an icon. In the U.S. more women graduate from college than men, women earn about half of all law and medical degrees, 60 percent of master's degrees and more than 40 percent of MBAs, and they run corporations as big as General Motors, PepsiCo Inc. and IBM. From their perspective the White House has just one more glass ceiling to break.

It's the greatest triumph of feminism, albeit ironic that Clinton's sex is not the dominant reason for voting for or against her. She is liked or disliked for many reasons. Over the years and through her many personas, Clinton has used the fact that she is a woman with cunning and craft, alternating femininity and feminism in ways not always appreciated by women. Her seesaw strategies fascinate and disturb, details of biography which her husband, Bill Clinton, necessarily left out of his speech in Philadelphia.

When Gennifer Flowers said she had a long affair with Clinton in 1992, Hillary Clinton famously saved Bill's bid for the White House by going on "60 Minutes" to say that she was no stereotypical female defending him: "I'm not sitting here some little woman standing by my man like Tammy Wynette. I'm sitting here because I love him and respect him." She deftly played a part as an old-fashioned woman in a transitional role, trying to have it both ways.

When the sex scandals persisted she morphed into "woman, hear me roar," demonizing the other women in her husband's life, calling one "trailer trash," another a "loony tune" and another a "stalker." The personal became fallaciously political when she blamed her husband's serial infidelities on a "vast right-wing conspiracy." The phrase later became a convenient defense for her adventures with email servers. A defense for a catastrophe should never go to waste.

While Clinton protests that she has none of the polish and charm her husband lathers onto his politics, she files her nails to razor sharpness to overcome critics who, from time to time, threaten her career or marriage. She plotted to run for the U.S. Senate in New York at the same time Bill Clinton was impeached for lying about his relationship with Monica Lewinsky.

"She doesn't look at her life as a series of crises, but rather a series of battles," one of her aides told biographer Carl Bernstein. "She would much rather play the woman warrior -- whether it's against the bimbos, the press, the other party, the other candidate, the right-wing," the aide said. Her biographer draws attention to her "self-inflicted wounds that come from an unwillingness to be truthful at various important times."

One of Clinton's most sympathetic moments took place in her 2008 run for the White House when she briefly exposed a vulnerable feminine side, reduced to tears in New Hampshire when someone asked her how she could continue to take attacks. She has toughened up since then. She understands the change of tactics in the battle of the sexes better than most men, certainly better than Roger Ailes. Nevertheless, large majorities say she's dishonest and untrustworthy. How she manipulates those sexual politics against Donald Trump will determine, for better or for worse, who we elect in November.