There's More to Learning Than a Job Search 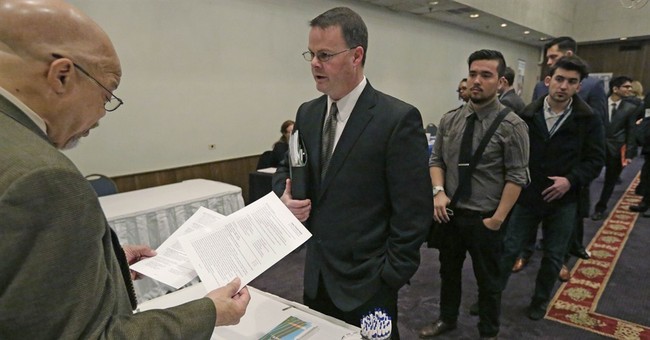 Trending
In autumn a young man's fancy (and a young woman's, too) turns to thoughts of school. Even the melancholy chirping of the crickets becomes a sad song of the ebb of summer. Flip-flops and summer tees, like Cinderella's glass slippers and silk gowns, are replaced by "appropriate" dress, and book bags bulge with pencils and notebooks (paper and electronic). If a girl loses her flip-flops now, there's no young man on the beach to search for the foot to fit. Those days have passed.

The approach of autumn ushers in anxiety in the faculty lounge, too, as debates rage over the best way to prepare the rising classes to fit into the complex world. Economic issues dominate the discussion. Once upon a time the emphasis was on preparation to learn how to think critically, how to ask the right questions. A "well-rounded" man or woman got that way through study of the liberal arts. Now the point of an education, though more expensive than ever, has little to do with critical thinking or an acquired appreciation of history, culture and government.

"No idea has had more influence on education policy than the notion that colleges teach their students specific, marketable skills, which they can use to get a good job," writes John Cassidy in The New Yorker, examining the current college "calculus," or strategy, of higher education. A college education now offers better job prospects to make it a good investment for future earnings, but a college education was once understood to include a broad education in the liberal arts and sciences. Employers would be assured that the prospective employee had achieved a certain level of "cognitive competence."

But not today. Vocational majors have narrowed traditional college requirements in many ways. Vocational courses at some colleges, for example, limit access to knowledge by emphasizing "practical approaches" to information. At Kansas State, for example, bakery science and management as an undergraduate major might lead to better "bread," as in a better raisin and nut loaf (or perhaps, metaphorically, as in "earning the bread"). But is that what should be acquired in a university degree? No doubt Oklahoma State's degree in fire protection and safety engineering and technology suggests skill in acquiring valuable tips for making society safer, but should the university be the place to collect such tips?

A popular major is that amorphous umbrella called "communications," but one new study finds that few "communications" graduates are happy with their first jobs. "They show up on their first day," an editor in D.C. tells me, "and are grievously wounded when they aren't assigned to cover the White House." Since the recession, of course, increasing numbers of graduates find their degrees entitle them to no job at all. In 2007, only 5.5 percent of college graduates joined the jobless, and today that number is almost 9 percent.

Graduates in science, technology, engineering, and mathematics, known as the STEM courses, think their training aimed them in the right direction for jobs, but only 1 in 5 recent STEM graduates get those jobs.

An unhappy corollary of this narrowing focus is that fewer students study literature or other subjects of the liberal arts that would enrich their lives and broaden their intellectual perspectives with insights that enhance critical thinking. Part of this is due to cost-benefit analysis (even if it's not thought of that way), and part due to the way literature is taught. Tenured and untouchable professors reinforce groupthink by teaching literature through a narrow, politically correct focus rather than search for great books to introduce diverse points of view. A great novel engaging on moral issues with a diversity of voices provides a context very different from consensus, one that opens minds. That's missing from many campuses.

In a previous century I once taught English literature to a scattering of engineering students in a sophomore survey course at Catholic University of America. I tried to impress upon them that this was the last time they would be exposed to great literature within an academic environment, so make it count. My best students worked their way from Chaucer to T.S. Eliot, finding reflection and depth of insight in writers now often dismissed as politically incorrect dead white men.

I don't know how those engineers fared in the economy, but when they wanted to think about the ways of the world, they could enjoy "The Wife of Bath's Tale" without worrying about feminism, or read T.S. Eliot to grasp the critical meaning of "The Hollow Men" as a perspective of another time and place that says something clear and right today, too. Literary empathy broadens moral viewpoints and engages the reader more deeply in his own time. It's a waste to sacrifice that kind of learning on the altar of vocational aspiration

Write to Suzanne Fields at suzannefields2000@gmail.com. Suzanne Fields is currently working on a book that will revisit John Milton's "Paradise Lost." To find out more about Suzanne Fields and read her past columns, visit the Creators Web page at www.creators.com.