The Selling of the New Hillary 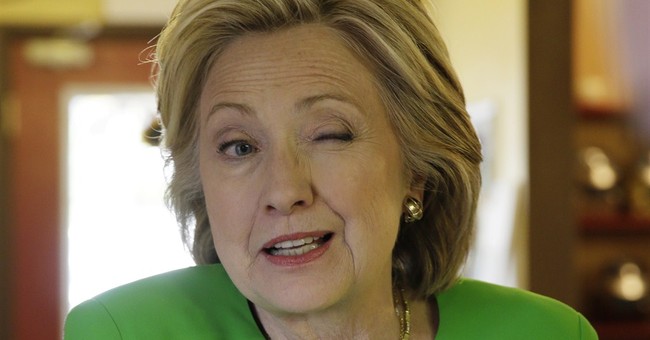 Joe McGinnis, a young writer who got access to the advertising agency with the Nixon account in 1968, changed the way we thought about electing presidents with his best-seller, "The Selling of the President." The very idea that a presidential candidate could be packaged like a tube of toothpaste, a can of shaving cream or a pack of cigarettes was shocking. Americans held elections as something close to a sacred trust, and the cover of the McGinnis book featured Richard Nixon's face on that pack of cigarettes, suggesting (this was before "Mad Men") that Madison Avenue would stoop even so low as to sell a candidate for president and that the candidate would approve.

Hubert Humphrey, who lost to Mr. Nixon that year, was quoted in a blurb for the book jacket, conceding that it was his appeal to authenticity that failed, but he was glad he had kept his heart in the right place. "It's an abomination," he said, "for a man to place himself completely in the hands of the technicians, the ghost writers, the experts, the pollsters and come out only as an attractive package." Such sentiment seems poignantly touching nearly a half-century on. Selling a president is the way it's done. Nobody is surprised that politics is mostly about packaging. No one rails against the deception and the manipulation, and all the modern campaign buzz is about how well the deception and manipulation is working.

From this perspective, Hillary's buttoned-up, tightly controlled digital introduction of her candidacy does not bode well. The packaging is oddly decorative, without substance and confuses rather than clarifies. She talks about wanting to be a champion for the middle class, offering an athletic metaphor for going for the gold. She's more cheerleader than strong leader for those whom she affects to champion. It's hard to be a champion when you're leading acrobatic cheers.

To make sure everyone knows exactly who the cheering is for, she serves up video vignettes of stereotypes eager to escape from lives where the deck is stacked against them. The opening campaign commercial is a mishmash of the fully evolved voter preparing for tomorrow: Two gay men hold hands and talk about getting married; a black couple express their joy at anticipating the birth of their son; a man trains his dog to quit eating the trash; an Asian college graduate enters the real world to get a job; an excited child tells how he'll wear a fish costume in the school play.

It's correctly multicultural. Two Hispanic businessmen talk about business in Spanish, and a fat boomer lady, who obviously didn't get Michelle's memo about "good nutrition," enthuses about her approaching retirement. This may or may not be fascinating, and it's not clear how Hillary intends to make everybody happy and earn their votes. The medium is not the message because there is no message. But the images are pretty and smooth.

Hillary has hired a senior marketing executive at Coca-Cola, Wendy Clark, who worked on "mass-marketed brands" and is therefore "digitally savvy." Advertising Age magazine says she's known for imparting "a humanizing focus" to advertising, but this is no Coke ad. There's no computer-generated Coca-Cola bear who, like Hillary, is always cool under fire. Things might go better with Coke, but there's no guarantee that they'll go better with Hillary. The New Hillary might not go better, in fact, than the late and unloved New Coke.

Like Coca-Cola, Hillary has been around a long time, and so has her husband, and together they've never been a "pause that refreshes." Bill was conspicuously absent from Hillary's pre-campaign, but NBC's "Saturday Night Live" reminded us that the Bubba we learned to know so well may be gone, at least temporarily, but he's not forgotten. A hysterically hilarious Hillary obsesses with taking a selfie as Bill sneaks up to nuzzle her neck with his chin, and marvels at the proliferation of video technology. "If they could do that in the 90s," he says, "I'd be in jail." Hillary's announcement is portrayed as unleashing eight years of pent-up anger for rejection the last time she ran, and she becomes the frustrated alter ego that could never before show itself. That alter ego is an eerie surrogate for the real-life Hillary in her real-life video trying to hide her real-life new persona.

With a frozen satirical smile that has the look of familiarity, Hillary in the mock announcement grabs the camera and shouts with the narcissistic ferocity of a tyrant, that this time, "Citizens, you will elect me -- I will be your leader!"

Satire sometimes works and often it doesn't, but this is the satire that tells the real-life story, praised by Bill O'Reilly of Fox News on the right and by Ian Crouch of the New Yorker on the left. Everything is satire now.