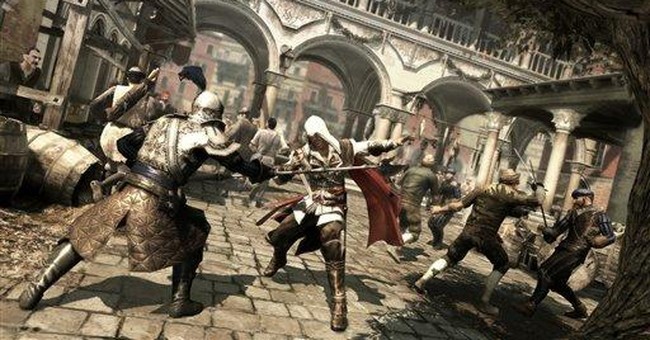 Trending
If we've learned one lesson from the massacre in Tucson, it's that cause and effect are poor guides to explain human behavior.

"Let us remember," President Obama said at the memorial service, "it is not because a simple lack of civility caused this tragedy. It did not." Those last three important little words were not in his speech when he stood up to deliver it. He added them during delivery because he knows the importance of staunching false blame. Rhetoric can make connections that reality must undo.

False cause and effect connections can be fatal, for example, in scientific research. The Lancet, once a highly respected British journal, ran a fraudulent article claiming that a successful vaccine for preventing measles, mumps and rubella causes autism. As a result, immunization rates fell precipitously in Great Britain, and 40 percent of American parents delayed or declined to vaccinate their children despite convincing evidence that they were safe and effective.

The latest cause and effect controversy is over violent video games. The games weren't indicted as a cause of the violence in Tucson, but the concern of parents and teachers over video violence has been taken up by the Supreme Court.

Unlike violent movies or television programs, which are bad enough, the games make maiming and mayhem look like fun. Crime often pays. You don't go to prison for killing video characters, you earn extra points. Despite these obvious conclusions, we should beware a rush to judgment and censorship. False cures dash false hopes.

At issue is a California law that imposes a $1,000 fine for selling or renting a violent video game to a minor. Like every idea that threatens freedom of speech, the law punishes the portrayal of gruesome behavior and imposes on the courts the responsibility for interpreting content that lacks serious literary, artistic, political and scientific content. You don't have to study the history of censorship to realize that what's permissible and what's not lies, like beauty, in the eye of the beholder.

Several of the justices, conservative and liberal, raised questions for the lawyers in the oral arguments. Justice Antonin Scalia, dismissing comparisons with obscenity, said that a law that carries criminal penalties must be clear, and he wanted to know how a manufacturer can tell if a particular game is covered by the law: "The ratifiers of the Constitution always understood that freedom of speech did not protect obscenity. But it has never been understood that freedom of speech allowed punishment for portrayals of violence."

Justice Elena Kagan observed that half of the law clerks at the Supreme Court spent hours in their adolescence playing "Mortal Combat," a popular martial-arts game that by the law's ambiguous standards could be targeted (to employ a violent metaphor) by the California law.

Fairy tales are often brutal but can help a child sublimate feelings of aggression. Depictions of violence in our culture have gone way past what the Founding Fathers could have imagined, but is it possible to say that a specific game is more likely to affect behavior than the cumulative aggressive messages in television, movies, lyrics ... and life?

The strongest risk factors for violence in children remain mental instability and an unstable home environment. But there are common-sense approaches to reducing risks. Video game equipment could be kept out of a child's room and strict limits imposed on gaming at home. Adults should play video games with their kids, as painful as that would be for both parties, to learn what the games are about.

What's especially hard for parents as they move from the written word to the digital world is to see how certain video games can build positive skills for children, even beyond good hand-eye coordination. Research suggests the games increase mental dexterity, problem-solving ability and strategic thinking.

When Justice Ruth Bader Ginsburg asked whether the state of California has an agency to provide advisory opinions on whether a particular game would come under the law, she was told it didn't. Justice Scalia suggested that the state could establish one to be called the "California Office of Censorship." Another cause and effect to avoid.