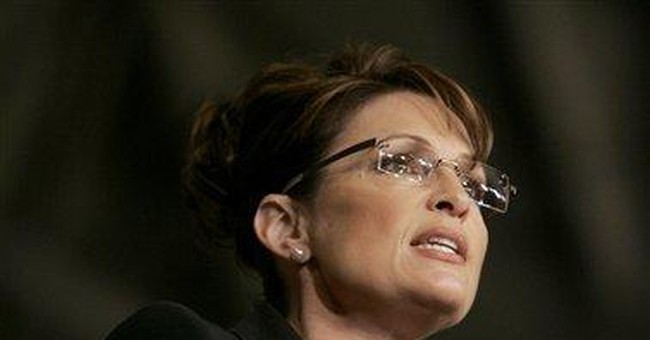 Yogi Berra famously observed that "you can see a lot by looking." I know exactly what the great New York Yankee meant. You can hear a lot by listening, too.

Over the homestretch of the presidential campaign, I've been spending a lot of time at a rehabilitation hospital with someone very close to me as she recovers from back surgery. Much of the conversation in this microcosm of the urban health-care system is about Barack Obama and John McCain. Most of the doctors are white men, the physical and occupational therapists and nurses are mostly white women, and the aides and technicians are usually immigrants from Africa, Asia and the Caribbean. The patients come in all colors, and the bills will be paid by private insurance, Medicaid and Medicare. Something of a pollster's dream.

The conversations can get candid and surprising, and nothing strikes sparks like the mere mention of the governor of Alaska. I expected the black women to show a certain sympathy for the governor's pregnant daughter, but they're the most outraged that an unmarried pregnant teenager was presented to us, as one angry nurse put it, as "a role model deserving sympathy" when she should have been rebuked.

"I don't care if she is the daughter of a governor, white or black what she did was wrong, and it was the wrong time to nominate her mother for vice president. Teen-age pregnancy is a problem, and just because a governor's daughter is unmarried and pregnant doesn't make that an equal opportunity problem."

Another nurse's aide was offended by the pressure of public opinion to compel the two teenagers to marry. There's considerable speculation that if Granny goes back to Anchorage, there won't ever be a wedding.

These first-hand impressions of public sentiment are nothing to the fear and loathing in the mail from white liberal professional women, whose remarks are neither as reasoned nor as insightful as those of the women at the rehab center. An abundance of bile and rage makes up for style and substance. One woman, a distinguished professor of English literature at one of our elite universities, reaches over the top for a cliche to describe Sarah Palin as "someone beneath contempt, an ignorant vicious woman who would have been ideal for the Hitler rope lines in the Sudetenland."

The vitriol aimed at Palin is difficult to figure. The drag queens of West Hollywood, no doubt envious of being the real thing, hang her in effigy ("all in good fun"); the scorn and mockery in the media continues relentlessly. But the anger among the women who you might think would cheer her pluck and smarts descends into the hysterical and the mindless. Maybe the feminists think she stole their revolution; she has done what they couldn't do. She's a self-made woman, with a family of five, who took on the old boys in Alaska and beat them at their sordid game while holding onto her femininity. She didn't chip away at her convictions just to get where she is.

Pro-choice feminists pay lip service to the idea that it's all right for a woman to refuse an abortion to live up to her moral values, but there's usually a little snickering on the side, suggesting that she just doesn't know any better. Palin's choice, to spurn an abortion to give birth to a Down syndrome child, makes the moral clarity of her decision unassailable. She accepted the full consequences of choice. The most malicious remark I've heard is the suggestion that she wouldn't have had the child if she weren't a prominent politician, pandering to her base.

Joseph Epstein, writing in The Weekly Standard, tells how the faces of the liberal women he knows take on a purplish tinge at the mention of her name: "'Moron' is their most frequently used noun, though 'idiot' comes up a fair number of times." Cliches are much loved on the left.

Though questioning the governor's range of experience is fair comment, it's astonishing to me that those who think she's not ready to play second banana in Washington have no qualms about voting for Barack Obama, who has less executive and administrative experience than she. In fact, he has none.

Sarah Palin, if she is not the vice president, is likely to move quickly beyond defeat to other chances to demonstrate that she's the real thing, leaving her bitter critics to stew in the juice of their own frustrations. Yogi might say that when she came to a fork in the road, she took it.