The Revenge of Older Women: Barack Obama as Merely the Latest New Thing 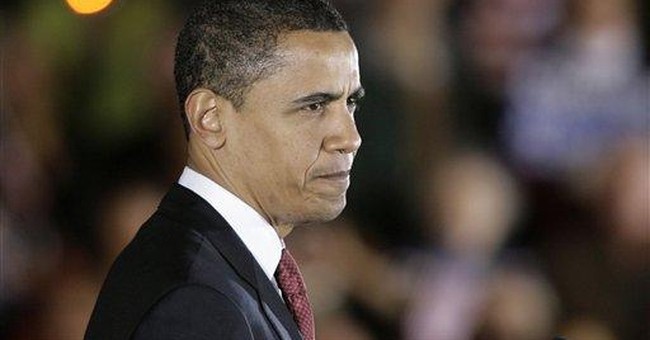 Now is the time for every good man to come to the aid of his party. (Good women, too.) You can't count your chickens before they hatch. When the going gets tough, the tough get going. And don't forget, hell hath no fury like a woman scorned. (Something else William Congreve wrote, "Heav'n has no Rage, like Love to Hatred turn'd," probably has relevance here, too.)

All we have to sustain us on the journey to Pennsylvania for the suddenly crucial April 22 presidential primary, and then to Denver and the Democratic National Convention beginning Aug. 25, is the usual collection of cliches, bromides and platitudes. But there's a reason why certain bits of folk wisdom become cliches, bromides and platitudes: they're usually accurate.

A colleague of mine quotes an ancient English philosopher, who decreed, "every time a public opinion becomes almost unanimous it's almost always wrong." You could ask Barack Obama about that. Only yesterday, he was practicing his acceptance speech; his wife Michelle was mentally measuring the windows of her new home for replacement draperies, so that for the first time in her life, she could be proud of the White House.

The correspondents, pundits and other practitioners of the dark arts of calumny don't have the answers. They're often wrong, and never so wrong as over the months of this unpredictable campaign. First, Hillary was the inevitable president. (The party rules were written to make sure of it.) John McCain was left for dead in December. Barack Obama was an attractive also-ran, until he transformed into being unstoppable. Now we're in uncharted territory. The Democratic convention this year won't be your great-grandfather's convention, and the once-impossible prospect of a convention actually determining anything important unsettles the chiefs, who indulge Indians only as props at a coronation.

The results of the primaries in Ohio and Texas disturbed the story line, agreed on not by conspiracy, but by consensus. Hillary Clinton, in the revised conventional (no pun intended) scenario, was meant to lose in both Ohio and Texas and so by now she should be awash in the ritual obsequies. Barack Obama should be saying the usual gracefully insincere things at the wake. The pundits, having stuffed down the memory hole the early columns and op-eds about the inevitable Clinton restoration, should be saying how they were right all the time, that Hillary was doomed from the start.

Instead, we've got a whole new story line -- the gift of the older women of America, women "of a certain age" who turned out in enormous numbers to give Hillary a new life. These women see in Hillary not only the prospect of being the first female president, but also a measure of revenge for Monica -- the metaphor for the threat to domestic happiness at the hearth of home. Hillary's wifely pain becomes their own. Barack Obama is merely the latest new thing in town, something for the culture to chase and adore at the expense of the tried, the true and the unappreciated.

But politics, like life, follows no script, and often refuses to be a movie with a believable ending. What we have is an approaching collision of Barack Obama's arithmetic and Hillary's momentum. She and her handlers strive mightily to present her anew, "the comeback kid" reprising her husband's come-from-behind campaign to win the Democratic nomination and the presidency in the wake of defeat and disappointment.

Barack Obama, as the Democratic nominee, will feel the likeliest and longest-lasting effects of Hillary's triumphs in Ohio and Texas. The licking he took in the latest primaries followed a week in which considerable damage was done to his halo. The "golden boy" may yet turn out to be a man not of gold, but of sounding brass. Questions grow louder about his connections to Tony Rezko, his accommodating friend and fundraiser, on trial now in Chicago for trying to shake down businessmen attempting to do business with the state of Illinois.

But the worst of it may be questions about his truth-telling.

When an Obama emissary was caught telling Canadian officials not to worry about the senator's scorn for NAFTA because it was only campaign fibs and stretchers, the senator insisted nothing like that happened. When a Canadian diplomat confirmed yes it had, the senator conceded that yes, well, maybe something like that had happened after all. Then, he declined to take any more questions and stalked out of a press conference, saying he had said enough. Suddenly "the new thing," the object of adulation and adoration, was beginning to look pretty much like "the old thing." Hillary's older women could have told you so.