Susan Stamper Brown
|
Posted: Oct 17, 2016 12:01 AM
Share   Tweet
The opinions expressed by columnists are their own and do not necessarily represent the views of Townhall.com. 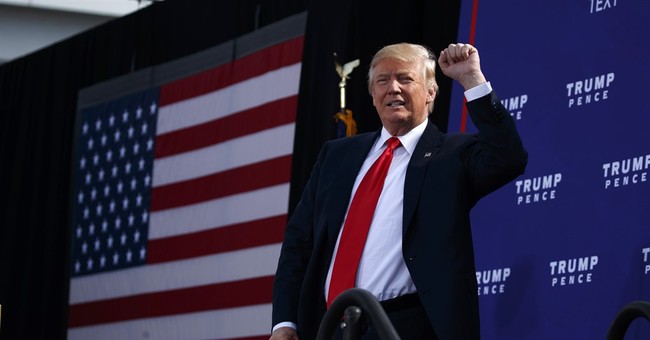 Have you ever wondered what a hypocrite smells like? All you need to do is sniff a homeless person to know what hypocrites don’t smell like.

Most of the homeless people I’ve helped straight-up stink. They don’t smell as nice as all the self-righteous folks out there arrogantly condemning Christians who support Trump.

That’s why I prefer spending my spare time helping homeless people who pass through my little town on their way to nowhere in particular. They carry no pretenses, walking around in smelly clothes and worn out, oversized shoes. They are not hypocrites. Nor are they too proud to accept food…cash…a blanket…a warm coat.  And every once in awhile, they allow me the privilege of telling them about the time the “Friend of Sinners” befriended me, inspiring me to “go and sin no more.”

In fact, there isn’t a person Jesus ever ate with, or a prostitute he ever conversed with or a Pharisee he ever came in contact with that he did not remind to “go and sin no more.”

We’re all sinners and at times we are hypocrites.

A hypocrite is someone who pretends to have certain convictions that they do not actually have.

That’s why I’m not a hypocrite when I call out Democrats on things like abortion, big government or religious liberty. I am a sinner saved by grace, though. You know from reading my column that I sometimes write carelessly and later have to ask for God’s forgiveness, then do my best to “go and sin no more.”

We know Donald Trump wasn’t a Christian 11 years ago, but we also know he professed to be a Christian in 2011 on CBN News Brody File. During the interview Trump said, “I believe in God. I am Christian.” Obviously, his faith has influenced the political views he now embraces like pro-life and Scalia-like Supreme Court justices.

But that’s not enough for judgmental evangelicals who’ve thrown Trump and his supporters to the lions but oddly take President Obama at his word on his supposed Christian faith although he supports much of what the Bible opposes.

It’s fair to ask what would have happened to Christianity if Paul the apostle was treated the same way as some evangelicals treat Trump for his pre-conversion activities.

While we don’t have a hot mic to prove it, Paul, once known as Saul, was a Christian killer who had a divine encounter with Jesus on a road trip. He was a changed man, over time. Apparently, old habits die hard if you read what Paul wrote in Romans 7:15. “I do not understand what I do. For what I want to do I do not do, but what I hate I do.”

So I ask all my better-than-thou friends out there, where have your convictions been all these years?

Where’s your outrage now that Hillary wants you to fund partial birth abortions? Or the damning WikiLeaks emails? Or that she’s spent her whole political career embracing issues that break God’s heart?

We know how you feel about pre-conversion locker room talk, but where’s your outrage over Obama’s policies allowing boys to shower in your little girl’s locker room?

Why were you silent when the Obama administration slapped a $70 million per year fine on a group of nuns, Little Sisters of the Poor, who gave up their lives to care for the impoverished elderly, punished for their faith’s stance on birth control?

Both Hillary’s and Obama’s policies show they are no friend of Christianity, so if you find yourself siding with them, you might want to ask yourself the same question I regularly ask myself: Are you on God’s side?

It’s clear that many of my sweet-smelling friends have forgotten to remember that Christ came for sinners. All of us.