Susan Stamper Brown
|
Posted: May 10, 2016 12:01 AM
Share   Tweet
The opinions expressed by columnists are their own and do not necessarily represent the views of Townhall.com. 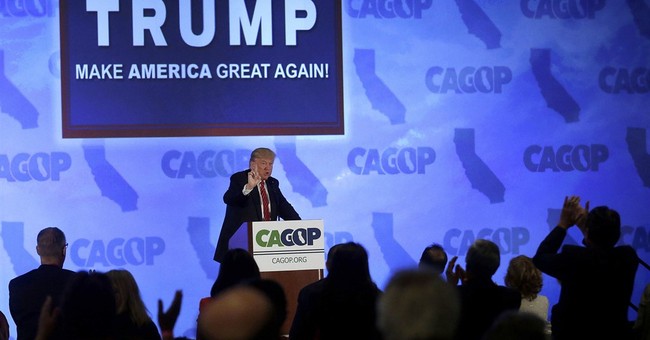 I am a nationally syndicated opinion columnist who's been staring at a blank screen for days now because I have no opinion for once in my life.

Mike Huckabee just told millions of good Republicans not backing Trump they should leave the party. "You're either on the team, or you're not on the team," he said. Giving 15,933,645 people the boot is a bit edgy I'd say, considering RedState.com reports that of the 26,651,002 votes cast, Trump only received 10,717,357 or 40.2 percent of the votes - even with Democrats' help. I'm sorry I can't oblige him, but it may console him to know I already burned up my GOP membership card, sometime between President Obama's reelection and John Boehner's golf dates with the president.

And now there's all those irrational theories flying around that a non-vote for Trump, or a write-in vote puts the woman who really should be donning an orange jumpsuit in the White House. Not so. If Trump does not receive a person's vote, Hillary does not magically receive a vote, unless you are using Common Core math or voting in Florida.

Or, the accusations hurled at non-Trump evangelicals, suggesting they'll be the cause for socialism and unchecked debt -- if Trump doesn't win. As if socialism hasn't been creeping through the crevices and debt hasn't been on the rise for years now. Even still, it's the evangelicals' fault. Frankly, blaming Christians and Jews for everything under the Sun is getting rather old, considering it's been happening since the days Jesus walked the Earth.

I'm tiring of those who just woke up from their naps to realize there's a problem in America, and then have the audacity to say that this constitutional conservative who leans libertarian is part of "the establishment." Sure. Of course, it matters not that I've been sounding the alarm that the Titanic's been sinking since 2007. They are finally awake, now that the water's flooding their deck. And somehow I'm part of a problem which wouldn't have risen to this level, had they wakened from their slumber, and joined me years back. But that's water under the bridge, now that we are all dog paddling together in uncharted waters to keep ourselves afloat. "Father forgive them, for they know not what they are doing..."

None of this matters anyhow. As I told a group of friends recently, if Constitutional conservatives and believers are feeling a bit misplaced in the GOP, it's okay. We must understand that we live in a post-Christian country that practices post-truth politics, so it's best to get comfortable feeling uncomfortable because it's pretty much downhill from here. We are called to represent truth, conviction and honor in a world that willingly exchanges those things for political power and winning the White House at any cost. We have no reason to be dismayed, so we should look up, as the old song goes, "This world is not our home."

So, knock yourselves out over this election, folks. I don't have the appetite to participate in your food fight, so I'm washing my hands of it all. I'll vote my conscience both locally and nationally come November, and I'll have plenty to write about both sides in the meantime. I'll support, respect and pray for whoever wins. If the GOP didn't nominate the right candidate to beat Hillary or if Democrats don't have a strong enough candidate to beat Trump, that's not the problem of those of us who did not support them in the first place. As Huckabee said, we're not part of the "team."

Signing off to do more important things, like serving others and sharing the light of the One whose hope still shines brightly -- even in this dark and miserable world. Enjoy your food fights. See you next week.