Will We Choose Freedom in 2016

Susan Stamper Brown
|
Posted: Jan 26, 2016 12:01 AM
Share   Tweet
The opinions expressed by columnists are their own and do not necessarily represent the views of Townhall.com. 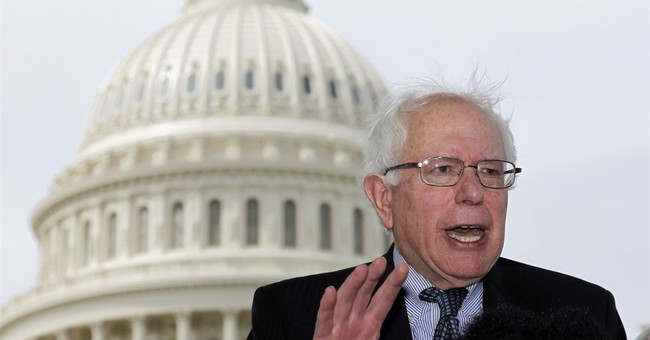 One of the greatest gifts my hardworking, blue-collar father gave me when I was young was the belief that no one owes me anything. His wisdom carried me through some difficult times growing up and helped shape me into the person I am today. It seems that self-reliant attitude my dad instilled in me is all but lost in this country.

As the presidential election draws near, with Hillary possibly being fitted for an orange jumpsuit with complementary ankle chains and the self-avowed socialist, Bernie Sanders, rising in the polls, it might be time to consider my dad's ideals and the freedoms we once knew will soon be a thing of the past, should a liberal take office.

Typically, what one president does in moderation, the next like-minded president usually does in excess, so going from a closet socialist to a full-blown socialist is not a big leap for Democrats. But, for those of us who still believe in our beloved constitution and cling to the freedoms within, a socialist president represents the greatest threat to our constitution in modern times and would take us about as far from what our founders intended as we could go.

Not that long ago, my father's can-do attitude was common place, until snakes from both sides of the political aisle began to understand immense power could be gained by peddling handouts in exchange for votes. If they know anything at all, these self-serving political serpents understand human nature. If you give people what they didn't earn from sources to which they didn't contribute, they quickly become dependent. Add a bit of Machiavellian wordsmithing by redefining those handouts as "rights" and voila! You create a permanent voting base.

Our founders spoke of "unalienable rights." Like modern day snake oil salesmen, politicians market tangible handouts, a never-ending list of miscellaneous freebies, instead of the intangibles of "life, liberty and the pursuit of happiness." They have succeeded in transforming the Declaration of Independence into a "Declaration of Dependence."

The Democrat Party is predominately the trustee of that "Declaration of Dependence" but they are not alone. Under Speaker of the House Paul Ryan's leadership, likeminded Republicans just assisted President Obama in engineering the largest expansion of the federal government's safety net in fifty years, despite large GOP majorities in both houses of Congress.

The $1.8 trillion deal approved in December made permanent certain tax breaks and credits which were originally considered temporary relief during Obama's first year to help people through the recession. Despite the fact that we cannot afford this expansion, it is now permanent - and our children and their children will foot the bill. The Seattle Times reports this expansion is "the government's largest cash-assistance program...with more than 40 million people receiving benefits each year."

All the Democrat Party presidential candidates say they want to expand far beyond this government overreach while a couple of sensible-minded conservatives propose policies intended to roll back unnecessary handouts to help get America back on the track to being the exceptional nation she once was. Allowing individuals to enjoy their God-endowed freedom to achieve their unique definition of "The American Dream" ensures that future generations will have the opportunity to stand on their own without government interference or the slavery of dependence.

Had America's founders believed entitlements trumped ingenuity, the "New World" would be just like the old one, which is a case study in what happens when liberals are left to themselves. Long before he became president, Ronald Reagan said, "Freedom is never more than one generation away from extinction. We didn't pass it on to our children in the bloodstream. It must be fought for, protected, and handed on for them to do the same, or one day we will spend our sunset years telling our children and our children's children what it was once like in the United States where men were free."