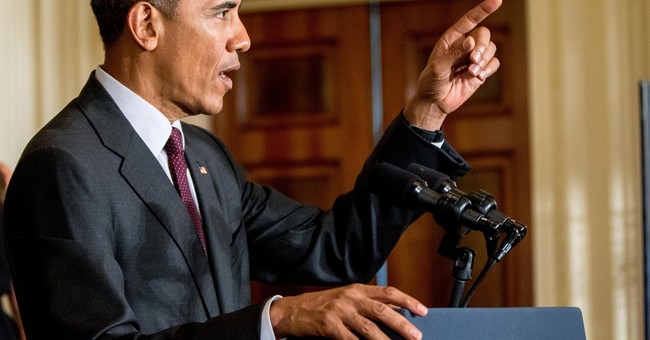 We are created with an innate sense of right and wrong and a desire for justice, so when we hear about maddening scandals like the one at the Veterans Administration last year, we expect those in charge to quickly take action to right wrongs. If only it were that easy.

A little background: Public awareness of the VA scandal erupted after evidence surfaced that a large number of veterans died while waiting for appointments at a medical care facility in Phoenix, Arizona. Investigations also found the problem was nationwide, with approximately 120,000 veterans waiting for care. VA employees created "secret" waiting lists and fudged scheduling to give the appearance veterans were receiving appropriate care in a timely manner. According to the Arizona Republic, the VA acknowledged the Phoenix facility "manipulated patient wait-time records to trigger bonuses." All the while, taxpayer-funded bonuses and above-average performance ratings were divvied out for VA execs about as frivolously as the Obama administration dispenses Obamaphones. So, after all the corruption, we should believe that government-run healthcare is better than the free market?

Of course, we should also believe Veterans Affairs Secretary Robert McDonald's claims on NBC's "Meet the Press." McDonald said, "Nine hundred people have been fired since I became secretary. We've got 60 people that we fired who have manipulated wait times." Apparently, VA Secretary McDonald's claims were just a wee bit exaggerated. The Washington Post gave him a "Four Pinocchio's for "wildly inflating his 'firing' statistics." In reality, internal documents showed in April that just eight people were "punished." Of the eight, five were reprimanded or temporarily suspended, one was forced into retirement, and one had a termination pending. Only one was fired in relation to the VA scandal. And that one was not the person at the center of the Phoenix scandal. After seven months of administrative leave, the Phoenix VA executive was fired for "inappropriately accepting gifts," not the VA scandal. She's suing to get her job back. Who wouldn't, considering in 2013 she received $57,000 in incentives above her $170,000 salary?

CEO of Concerned Veterans for America, Pete Hegseth, wrote in May that new top leadership and additional funding did not help the VA. Instead, he said the situation is worsening, with appointment wait time actually "increasing in many parts of the country." Enter: House Republicans passing H.R. 1994 with little support from House Democrats. This legislation helps to streamline the firing process for bad VA employees.

Also enter: President Obama, who threatens to veto H.R. 1994 because he fears it "could make conditions of employment in the VA significantly less attractive compared to other federal agencies." So, let me see here, "less attractive" means what? And we're supposed to care that well-paid and exceptionally-benefited federal employees would be expected to do their jobs or be fired? Sounds like a plan to me. Why not apply it to all agencies across the board?

In a statement released July 28, the White House said it "strongly opposes H.R. 1994" and threatened a veto suggesting among other things, the House bill is redundant, claiming that under current law, federal employees "may be terminated for a variety of reasons." Sure. If that's the case, then why so few firings over the VA scandal?

Mr. Obama's tortured reasoning is precisely what's wrong with the VA and why it is very difficult to fire federal employees. It is about as hard to fire employees as it is for Speaker of the House John Boehner to grow some...eh, courage. President Obama recently said he's "still not satisfied" with the progress at VA hospitals - despite hiring a new Secretary and authorizing $16.3 billion bill for an overhaul. Obviously, though, he's not unsatisfied enough to fix what's really wrong.

It just goes to show you, money doesn't fix corruption; in the wrong hands and without accountability, money galvanizes it.