Some Suggestions For My Democrat Friends 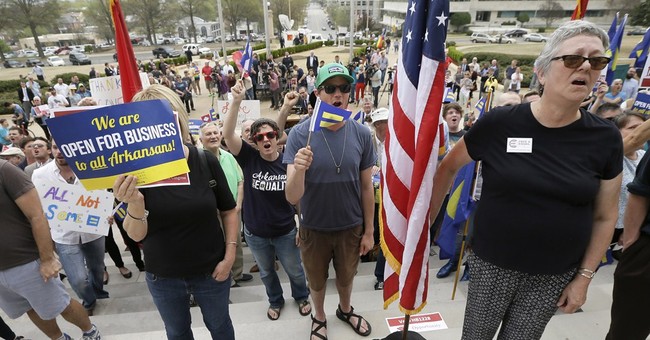 Because things are obviously not going well for the Democrat[ic] Party these days, I thought this former Democrat should do her part to help out and make a few suggestions.

Read the First Amendment. It's your friend. For now, America is still a free speech zone. Disagree with anyone you wish, but know that everyone else has the same right. Frankly speaking, it's immature, silly and outright wrong to silence those you oppose. Either you believe in freedom of speech or you don't. It's really that simple. Freedom is a right endowed by the Creator which no one has the right to take. The more you chip away at free speech, the closer we get to tyranny. If tyranny is your goal, obviously America is not the place for you. If you believe in freedom of speech for yourself and no one else, you live in the wrong country. Get some courage and admit your belief system aligns itself to that of rogue nations and dictators. We'd really like you to stay, but if you insist, I have some friends willing to chip in on one way tickets to Cuba or Iran.

Stop the race baiting. Bait is used here in Alaska to catch fish, not troll for trouble. Some of you make race baiting a full-time job and would be collecting unemployment otherwise. For that, I give you credit. If you really believe you are losing the conversation about racial injustice, don't end the conversation by pulling out the race card. Instead, let's fix what's wrong by keeping Martin Luther King's dream alive and concentrate "on the content of one's character "instead of skin color. Had you done that with Barack Obama, he'd never have been elected. We've all seen the polls, it's obvious you are not happy with him.

Look up the word "ally." Ally means friend, helper, supporter...you get the point. Use that newfound knowledge to understand which countries are America's allies and which are not. For example: Israel, friend. Iran, enemy. Jesus tells us to "love our enemies" but that doesn't always mean the sugary-syrupy kind. Sometimes that love must be tough and include boundaries -- the kind parents of drug abusers have when they say, "not in my house," then send their kid to rehab and change the door locks. In the real world, the enemy of our friend is not our friend. Those who vow to blow our friend Israel off the planet forfeit the opportunity to be trusted with something as catastrophically fatal as nuclear technology. It's really that simple.

Understand the difference between Gay rights and Civil Rights. There is a glaring difference. During the Civil Rights Movement people were killed, beaten and hanged because of their skin color. Today, gay rights activists have their panties in a wad over bakery and pizza joint owners exercising their First Amendment rights. You'll come to understand that the hysteria over Indiana's Religious Freedom Act (RFRA) is preposterous, in that it does not turn away anyone. All it does is reinforce laws already on the books. How about a little more love and a whole lot less of that squinty-eyed intolerance, okay?

Come back to the God of the Bible. This rogue wanderer did, and she's never been the same. In his book, "The Liberal Mind: The Psychological Causes of Political Madness," Dr. Lyle H. Rossiter, Jr. say liberals view the world through the prism of "pity, sorrow, neediness, misfortune, poverty, suspicion, mistrust, anger, exploitation, discrimination, victimization, alienation and injustice." That kind of perspective happens when we leave out God. One of the most telling events in recent years was when a vast sea of miserable, pitiful, angry Democrats booed God during the 2012 Democrat National Convention. If you take care of this matter, everything else I have mentioned will fall into place.