Steve Sherman
|
Posted: Oct 12, 2021 12:01 AM
Share   Tweet
The opinions expressed by columnists are their own and do not necessarily represent the views of Townhall.com. 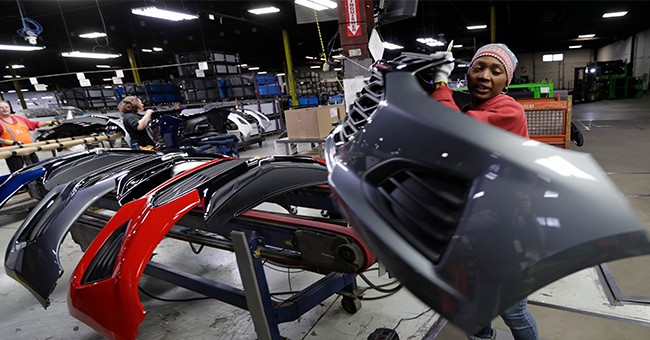 Conservatives have partisan and policy issues with President Biden’s ever changing $3.5 trillion budget plan he calls "Build Back Better." For Republicans to return to power in the 2022 congressional elections, a Democratic Party failure on their signature agenda item would be a plus. The Biden Plan has some serious policy problems because it will expand government at a time when the nation is approaching $30 trillion in collective national debt with no balance in sight. Opposing it out of hand is a no-brainer, but conservatives should recognize that reflexively opposing every element of this plan comes with some political and policy risk.

Some Democrats have recognized that the plan, as is, has some structural problems. There is an epic battle between moderate Democrats who worry that a big-ticket plan might be their ticket out of Congress and a committed caucus of progressives fighting for every provision in the plan. Democratic senators Joe Manchin (D-WV) and Kyrsten Sinema (D-AZ) have been two senators who are leading the push for changes to the plan. Despite the big price tag and many of the spending provisions being offensive to small government conservatives, there is one area of agreement between Republicans and Democrats that should be allowed to make it into law.

The plan contains a provision for a $4,500 incentive for union-produced electric vehicles (EVs), in addition to a $7,500 consumer tax credit that ultimately will help working Americans.

Legislation that helps conservatives reach out to working class voters will help the Republican Party to build on the work of President Trump to reach out to those disaffected voters who feel taken for granted by the Democratic Party and ignored by the elites of both parties in Washington, D.C. These voters who work hard for a living are looking to federal legislators to support issues they care about. Legislation that creates jobs and expands economic growth are high on the working-class voter agenda.

Some Republicans recently have embraced a working-class agenda to recapture those disaffected hard-working Americans, many who supported Donald Trump for president. They don’t care about the top line number of the plan, because they know they are not going to see that money. What they want are provisions that will create jobs.

When you look for evidence of a recent Republican push to reach out to working class voters, look no further than Sen. Marco Rubio’s (R-FL) endorsement of Amazon workers’ union efforts in Alabama despite his past opposition to legislation supported by unions. Rubio wrote in USA Today on March 12, 2021, “When the conflict is between working Americans and a company whose leadership has decided to wage culture war against working-class values, the choice is easy — I support the workers.” This was surprising to many Republicans, but not those who have followed the shift of many Republicans toward a Trump-like strategy to reach out to these voters.

Rubio is not the only one. National Public Radio (NPR) reported on House Republican Study Chairman Jim Banks (R-IN) shaping the agenda of the GOP to put it permanently with working-class voters. NPR reported that “Since 2010, the most significant growth in the Republican coalition has been white voters without a college degree — an imperfect but widely used metric to quantify the working-class voting bloc — along with some marginal growth among similarly educated Black and Hispanic voters.” If Republicans want to continue down the path of expanding that voting bloc, they will need to show support for ideas that help that voting bloc.

The Biden plan's provision to expand incentives for electric vehicles (EVs) will help working Americans. These vehicles are being built by American union workers who are looking at the Republican Party anew. Not many Republicans are going to push EVs as a solution to climate change and they will oppose any mandates that force people to buy them, yet tax credits are an incentive that is acceptable. American consumers are choosing to purchase more and more EVs every year and it makes sense to provide some support in the tax code to expand America’s production of the many different versions of these vehicles, including battery, plug-in hybrid, and fuel cell electric versions.

Allowing China to dominate the market with a production of three times the amount of the U.S is another reason for Republican support. The U.S. has the technological advantage in this space and a vibrant automaking workforce looking to make more vehicles. Republicans should support tax provisions that allow American companies and workers to compete with a heavily subsided Chinese EV supply chain.

If Republicans want to win back the states they won in 2016 and lost in 2020, they need to support policies that will help working class voters in states that will make these vehicles. It makes sense for Republicans to be consistent in opposing nonconservative provisions in the Biden bill while supporting elements of the plan that will help them to retake the working-class voting bloc.